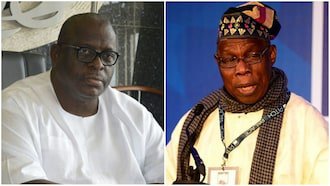 Nigeria’s former president Olusegun Obasanjo has sent a condolence letter to the governor of Ogun state, Dapo Abiodun, over the death of Senator Buruji Kashamu.

The letter reads: “I received the sad news of the demise of Senator Esho Jinadu (Buruji Kashamu) a significant citizen of Ogun State. Please accept my condolence and that of my family on this irreparable loss.

The life and history of the departed have lessons for those of all us on this side of the veil. Senator Esho Jinadu (Buruji Kashamu) in his lifetime used the manoeuvre of law and politics to escape from facing justice on alleged criminal offence in Nigeria and outside Nigeria. But no legal, political, cultural, social or even medical manoeuvre could stop the cold hand of death when the Creator of all of us decides that the time is up.

“May Allah forgive his sin and accept his soul into Aljanah, and may God grant his family and friends fortitude to bear the irreparable loss.”

PAY ATTENTION: Get the Latest Nigerian News Anywhere 24/7. Spend less on the Internet!

Kashamu died of Covid-19 on Saturday, August 8. His death was announced by Senator Ben Murray-Bruce.

“I have just lost my good friend of forever to #COVID19. Until his death, Sen. Buruji Kashamu and I were inseparable.

“He died today at First Cardiology Consultants, in Lagos. May his gentle soul rest in peace. I pray his family and loved ones the fortitude to bear this heavy loss,” Senator Murray-Bruce announced on Twitter.

The former senator, representing Ogun East Senatorial District at the National Assembly and the governorship candidate of the PDP in the 2019 election had lost his mother, Alhaji Wulemotu Kashamu in 2019.

CHECK IT OUT:  IK Ogbonna’s ex-wife, Sonia is grateful that Coronavirus pandemic didn’t happen while she was with him in Nigeria

Prior to his death, a group identified as identifiedAnti-Corruption and Integrity Forum (AIF) had petitioned the Attorney General of the Federation, Abubakar Malami (SAN) and the United States of America Department of Justice, Washington to extradite Kashamu.

The AIF’s petition made a case on why Senator Kashamu should be extradited to face alleged criminal trials against him in the United States of America. 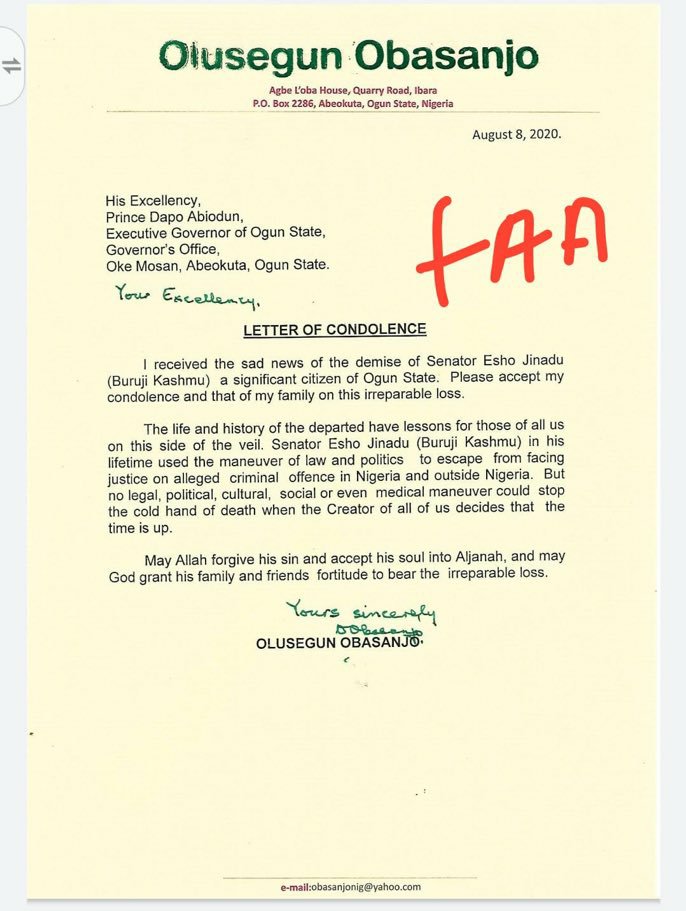 The post Obasanjo reveals true identity of Buruji Kashamu as he writes Governor Abiodun over ex-senator’s death appeared first on .