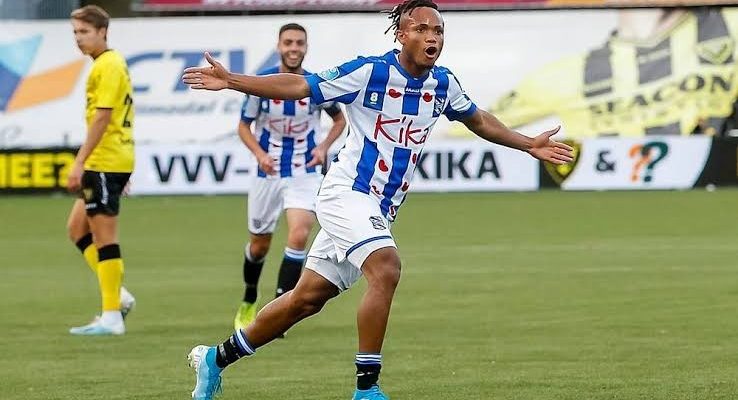 Heerenveen’s wing wizard Chidera Ejuke has voiced his desires to cut down on his dribbles and focus more on scoring more goals for his club, possibly shutting the door on transfer rumours linking him away from the Eredivisie side.

Ejuke, in just his first season in the Netherlands, emerged Heerenveen’s best player, following several incredible displays which saw him smash the back of the net nine times while making another four assists in the 25 games he played.

But more than the goals, though, were the youngster’s dribbles.

Of the players who played ten league matches or more, Ejuke attempted and completed the most dribbles in the Eredivisie last term, cementing his rating as the best dribbler in the Netherlands.

Turkish giants Galatasaray and Dutch champions Ajax have been linked with an interest in the Nigerian winger, but he wants to focus on becoming a more productive player.

“My desire is to improve further for the good of my team. Maybe getting into goal-scoring position more will mean dribbling less.

“I want to dribble less and score more. It’s what I intend to do next season. As a player, constant improvement can’t be overruled.”

Ejuke joined Heerenveen from Valerenga last summer for €2 million and has a contract tying him to the Dutch side until 2023.