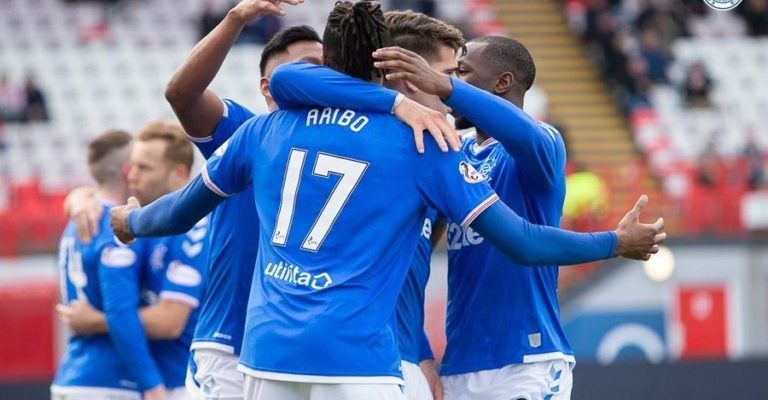 The Super Eagles got off the mark this season as Rangers returned to the top of the Scottish Premiership with a comprehensive win over St. Johnstone

He has continued in the same vein this season. The Nigerian international had scored twice in Rangers pre-season friendlies, and on Wednesday night he opened his account for the new campaign.

Borna Barisic put Steven Gerrard’s men ahead in the 21st minute before Ryan Kent added a second on the stroke of half-time.

49′ GOAL! @James_Tavernier with a perfect delivery from a corner and @J_Aribo19 is at the near post to send a header into the back of the net | 3-0 pic.twitter.com/Zd2XQgeVFU

Aribo then scored Rangers third four minutes after the break, heading home at the near post following a perfect cross from James Tavernier.