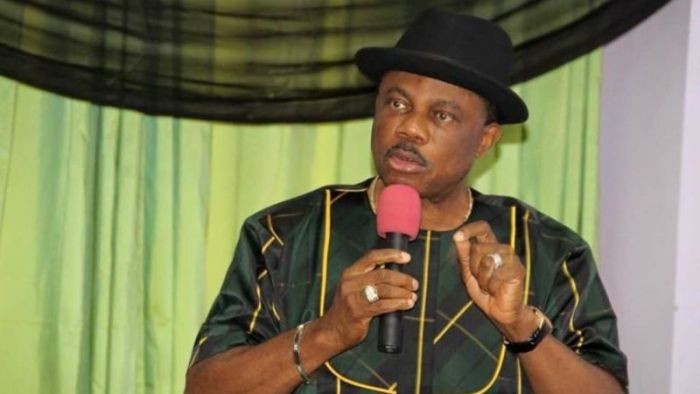 The governor earlier suspended the monarch of Ukwulu, Igwe Peter Uyanwa, and withdrew his certificate, for alleged petitions from his community.

A statement by the Commissioner for Local Government, Chieftaincy and Community Affairs, Greg Obi, said the monarchs were suspended for one year for visiting Buhari without approval.

Obiano warned them to stop parading themselves as traditional rulers.

Their membership of the Traditional Rulers’ Council was revoked and appointments in government committees cancelled.

It added that the suspension might be lifted at the end of one year, renewed or upgraded depending on government’s review of their conduct.

But three of the 12 rulers have described Obiano’s action as unfortunate, saying the governor was ill-advised.

They said Obiano had no powers to suspend them for seeing the President.

“It’s laughable that our governor had to carry out this despotic action in a democratic dispensation. Why should a governor punish his subjects, especially rulers, for trying to see their President?

“The government said we didn’t get clearance before travelling outside the state. Don’t we have our fundamental rights of movement and association anymore? Are we in a state of emergency or war?

‘’We pray Obiano will not attract some kind of wrath upon himself because of his desperation to perpetuate the infamous government of All Progressives Grand Alliance (APGA) in the state.

“Though we are traditional rulers, we have the right to support any party or candidate of our choice.”