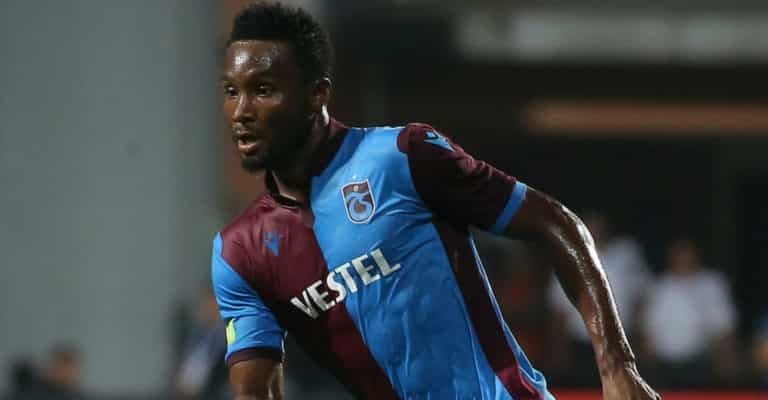 The former Super Eagles captain has been without a club since he left Trabzonspor in March, but he’s edging closer towards an England return

Championship side, Stoke City, are set to sign John Mikel Obi on a one-year-deal according to the BBC. Mikel has been searching for a new club since his contract was terminated by Trabzonspor after he criticised the decision to let the Super Lig continue amidst the coronavirus outbreak.

After leaving Trabzonspor, Mikel was linked with a move to Botafogo and even had talks with them, but a deal could not be agreed between the two parties.

Earlier this week, Soccernet had reported that the former Chelsea star is open to an England return with West Brom leading the chase for his signature. It now appears he is for close to a return to England- albeit in the English Championship with Stoke City.

The Potters already have a Nigerian, Oghenekaro Etebo in their ranks, but he has been put up for sale, and it appears Mikel would come in as his replacement.  The 33-year-old has reportedly signed a one-year deal, which means he’s set for a second stint in England’s second division.

The former Nigerian international first spell in the championship came in 2019 when he featured for Middlesbrough.

CHECK IT OUT:  Look Away Ronaldo Fans As Messi Sets New Record In Barcelona’s Win