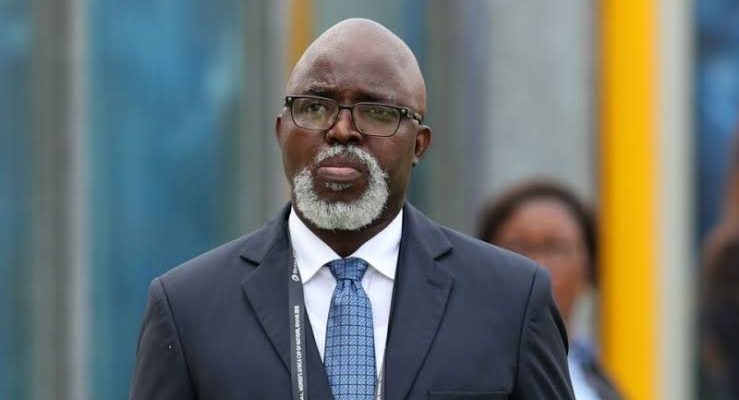 President of the Nigerian Football Federation, Amaju Pinnick, has expressed his ambition to contest for the CAF presidency at the expiration of his tenure has the NFF boss.

Pinnick occupied a seat at CAF as a first vice president until he was succeeded by Congolese football administrator Constant Omari last year.

Pinnick wants to take over from current CAF President, Ahmad Ahmad, who was elected in 2017 but only if he is afforded the right support.

“Such ambition will only be actualised after consultations with my wife, immediate family members, NFF members, and friends,” The Guardian quotes Pinnick.

“If it is not possible, I will support any Nigerian interested in the seat.”

Pinnick is one of the NFF’s longest-serving presidents, having been in office since 2014. But the former Delta State FA Chairman has no intention of seeking reelection when his current four-year tenure expires in 2022.

“After this tenure as NFF president, I will not contest again even though I have the right to do so.

“My target is to face my other businesses after my tenure as NFF President.”

Pinnick, 49, is a two-time winner of The Sun (Nigeria) Newspapers Sports Personality of Year Award.

CHECK IT OUT:  Nigerian Man, Ofonedu Arrested In India For Selling Heroin (Photo)