“I Expect Him To Go To The Top” – West Ham Star Reserves Special Praise For Young Nigerian Forward - NaijaCover.Com
Skip to content 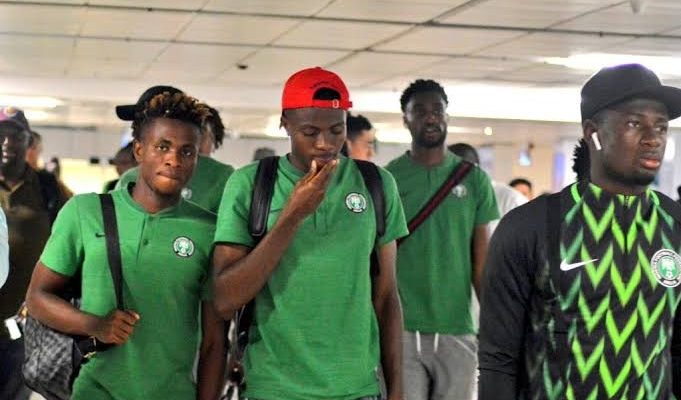 There are thousands of young talented footballers in the world trying to make their mark in the game, but a Super Eagles starlet is already head and shoulders above others

Spanish midfielder Pablo Fornals has picked Villarreal winger Samuel Chukwueze in his best XI he has played alongside when featuring for the likes of Malaga, Villarreal, and West Ham United.

Chukwueze, 21, is one of the most exciting young stars in La Liga, having enjoyed two impressive seasons at the Estadio de la Cerámica.

The Nigeria international’s excellent displays have had him linked with big-money moves to Liverpool and Chelsea.

Fornals was a teammate with Chukwueze at Villarreal until last summer when the Spain international switched to West Ham and saw at close quarters the potentials of the dazzling Super Eagles winger.

And while picking his dream XI from current and former teammates on the West Ham website, Fornals reveals why he chose Chukwueze for the left-wing.

“Samuel (Chukwueze) is a winger who is playing for Villarreal,” Fornals said.

“As a player, he is similar to (West Ham’s) Grady Diangana, who is a great young player as well.”

Chukwueze scored three goals and provided two assists in 37 La Liga games for the Yellow Submarines last term, and could be on his way to one of Europe’s elite clubs this summer.

CHECK IT OUT:  “I Love 2Face, Do You Know Who He Is?” – Tacha Finally Talks About Snubbing 2Face