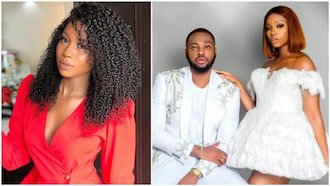 Reality stars, Bambam and Teddy A who are currently married with a daughter, first met on the show and had quite a steamy romance in Biggie’s house, so much that they were believed to have gotten intimate in the house.

This earned them criticisms from viewers who condemned the act and continuously trolled them even after their exit from the show.Well, Afegbai in a recent tweet which appears to have been taken down, threw heavy shade at these trolls.

According to her, some of these people who trolled the couple are yet to be married.

In her words: “Remember bambam and teddyA? They are married and some of you who insulted her are still single ‍ 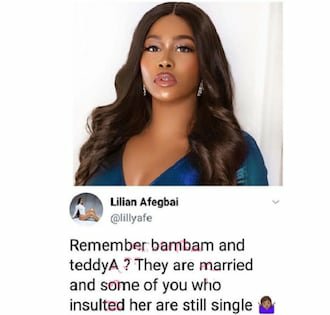 The post Lily Afegbai says some people who insulted Bambam and TeddyA are still single appeared first on .

CHECK IT OUT:  Kizz Daniel – Chek