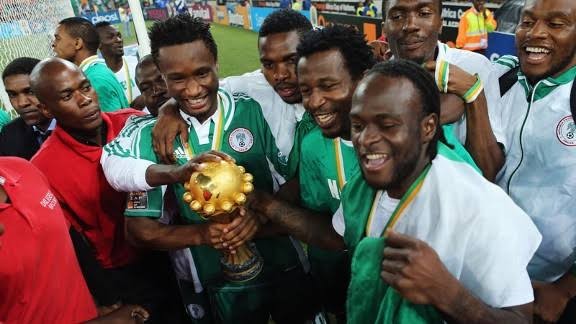 The two West African nations have a clutch of top quality foreign-born stars plying their trade in Europe, but only one has been to leverage on that in recent times successfully

Ghana’s national team coach Charles Akonnor has commended the method adopted by Nigeria in inviting players born in Europe to boost the quality of the Super Eagles, and he reveals that he seeks to borrow that same playbook.

In recent years, the Super Eagles have boosted their squad with dual-citizenship stars like Alex Iwobi, Ola Aina, Semi Ajayi, Maduka Okoye, William Troost-Ekong, Leon Balogun, and Victor Moses, with the latter inspiring Nigeria to her third African Cup of Nations title in 2013.

Ghana are one of the most successful nations at the AFCON, winning four titles and finishing as runners-up five times.

But the Black Stars last won the AFCON in 1982, and coach Akonnor has identified the Nigerian strategy as the best route to future success.

“The most important thing is those who were born in Europe. Some of them are eager to play for the Black Stars,” Akonnor told Starr FM.

“That is what we want to do. Look at Nigeria, I think they have done that in a very nice way.

CHECK IT OUT:  AFRICAN GIANT! Burna Boy Performs Under The Rain, Despite Heavy Downpour In Abidjan (Watch Video)

“They have brought a lot of guys who were born in Europe and the Nigerian team is now transformed so we are trying to do the same with the national team.”