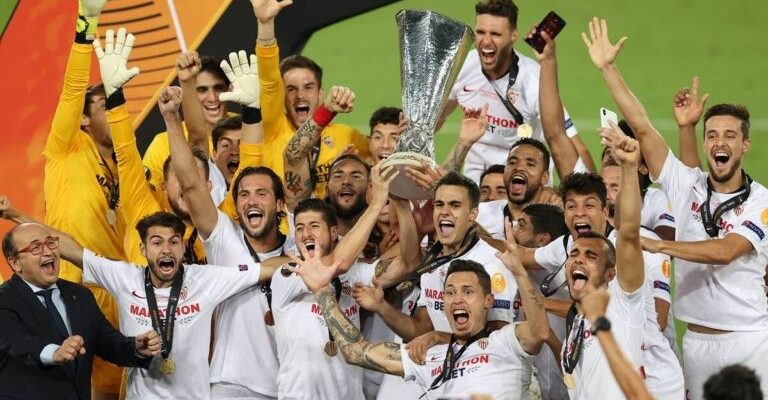 Sevilla increased their haul of Europa League titles to six following their thrilling 3-2 victory over Inter Milan in the final of this season’s competition.

Julen Lopetegui’s side were already the competitions most successful team with five titles going into the final, and they extended the record following their win over Antonio Conte’s men.

The Netherlands striker put Sevilla ahead in the 33rd minute, but the lead did not last long as Diego Godin restored parity for Inter in the 35th minute.

However, an own goal from Lukaku in the 16 minutes from time gave Los Nervionenses the win and their sixth Europa League title.

Following the victory, former Nigeria captain, Sunday Oliseh, took to his Twitter account to celebrate the achievement of Sevilla and their coach.

Meanwhile, Victor Moses, who was brought on for the last 12 minutes of the encounter, missed a chance to become the first Nigerian to win the Europa League twice having won it previously with Chelsea.

CHECK IT OUT:  Pastor’s Wife Dies From Snake Bite Hours After Wedding In Delta State