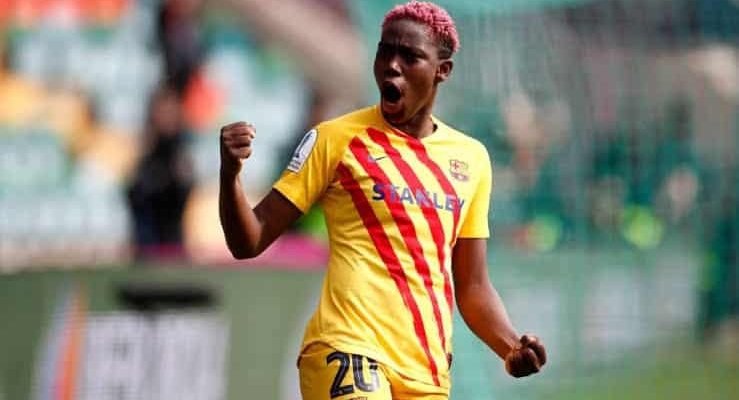 The 2019 finalists have been dominant yet again in the tournament this season, dispatching the likes of Juventus and Minsk.

And on Friday evening, Hamraoui’s lone strike following Oshoala’s miscued acrobatic attempt was all the Spanish champions needed to get the better of their Primera División rivals.

Speaking to UEFA’s official website, Oshoala hailed the Blaugranes as one of the top teams this year, while noting that their hard work makes them a tough team to beat.

“I think we’re one of the best teams in Europe. Each game we try to give our best.

“Winning games is something that comes from hard work from the team. As a team, we just hope to keep getting better.”

Two-time Champions League winners, Wolfsburg, are the team Oshoala and mates face next in the last four, and the Nigerian international is convinced that Barcelona stand a chance against the terrific Germans.

“It’s still the same mindset, we want to go in and give our best all the time. We want to make sure we play good football and try to get through the next round.

“We have to enjoy the moment now and work harder for the next game,” added the four-time African Women’s Footballer of the Year.

Oshoala has managed one goal in her four appearances in the Champions League matches this season, and will hope to fire her team to the final against Wolfsburg.