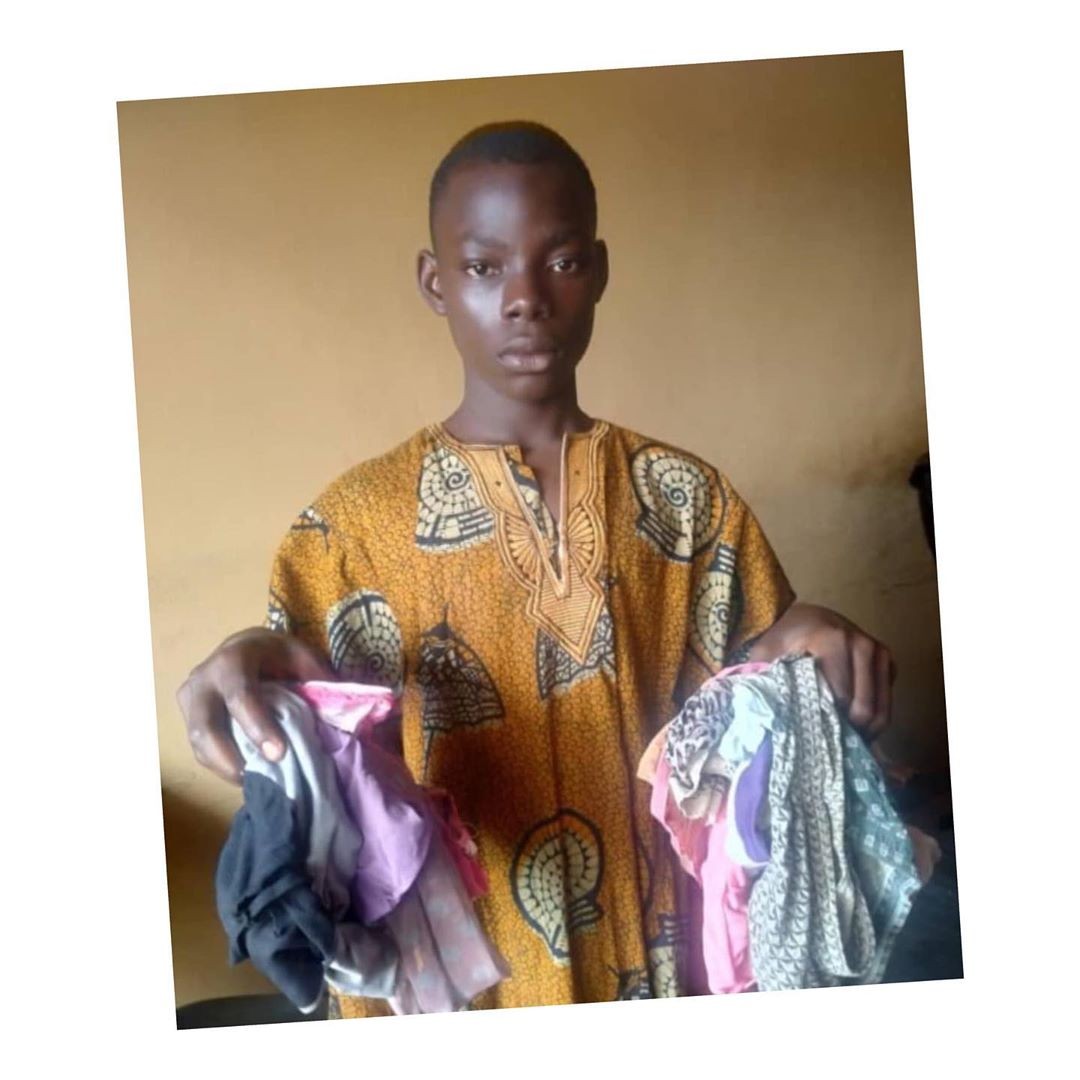 A 16-year-old boy, Adeniyi Muhammed, has been arrested by the police in Ogun state for allegedly stealing 14 ladies underwear.

DAILY POST reports that Muhammed was arrested following a report by one Amudalat Opaleye of Kano street Ayetoro.

The said Opaleye had reported at Ayetoro police station that, at about 6 am on Tuesday, the suspect sneaked into her room and stole her underwear.

However, while trying to sneak out, he was said to have been caught with the stolen items.

“Upon the report, the DPO of Ayetoro Police Division, CSP Mobolaji Jimoh, detailed his detectives to the scene where the suspect was promptly arrested.

“A search warrant was executed in his house and another 14 used women’s underwear were recovered there.

“He has confessed to the commission of the crime but claimed that he was sent by somebody to get those pants for him. Efforts are on top gear to get his so-called accomplice arrested,” Abimbola Oyeyemi, the Ogun Police Spokesman, confirmed to DAILY POST on Saturday.

CHECK IT OUT:  Do You Agree?? RUGA Will Not Happen In Edo State, Sambisa Forest A Better Option – Governor Obaseki