Actress Toyin Abraham kisses and shows off her mother-in-law for the first time (see photos) - NaijaCover.Com
Skip to content 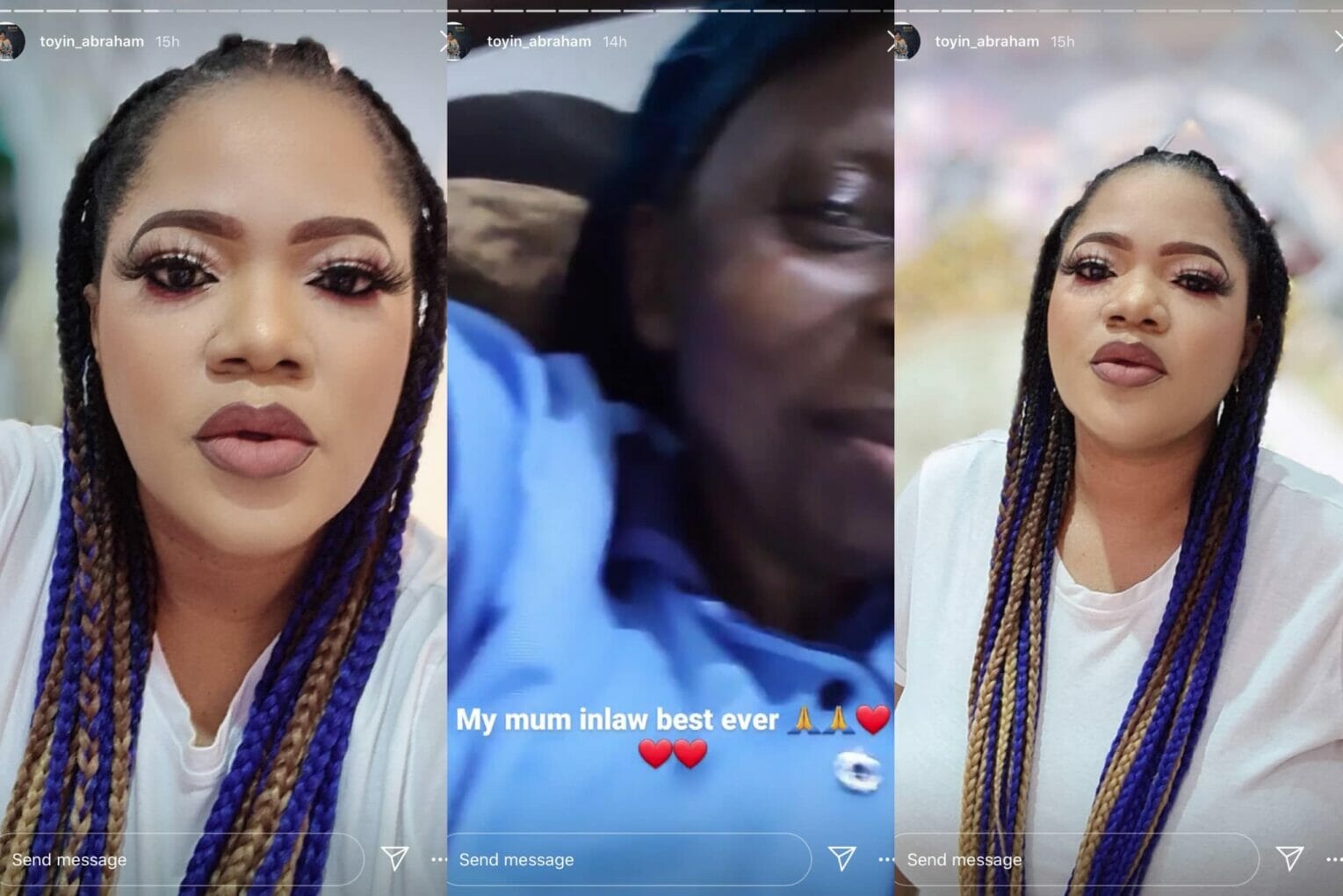 Nollywood actress, Toyin Abraham has brought the mother of her husband, Mrs. Ajeyemi under the spotlight too as she showed her off on social media moments ago.

The Nollywood actress in an update on her stories on popular photo and video sharing social network, Instagram shared a short video of herself and her mother in law with a sweet caption.

She backed the video which she was seen talking to her and later going on to kiss her cheeks with a sweet caption stating that she is best mother in law ever.

All Mrs. Ajeyemi could was just to smile with joy as she faced the camera.

Toyin Abraham captioned the video on her Instagram thus:

“My Mum in law best ever”

See screenshot grabbed from the video she shared on her Instagram stories below:

Meanwhile, it seems on this same day, Toyin Abraham had an outing to go for or she just decided to play with makeup as she looked glammed up.

She shared other photos rocking a makeup that definitely blends with her face.

The post Actress Toyin Abraham kisses and shows off her mother-in-law for the first time (see photos) appeared first on Kemi Filani News.