BBNaija: Ka3na and I only kissed aggressively under the sheets – Praise (Video) - NaijaCover.Com
Skip to content 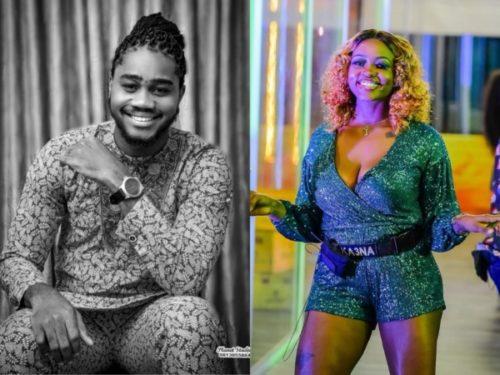 Newly evicted Big brother Naija Lockdown housemate, Praise, says contrary to public opinion, he and his former housemate, Ka3na, only kissed aggressively under the sheets and never had sex.

Few weeks into the show, social media was agog after videos of the pair moving their bodies in ecstasy under the sheets, surfaced online.

After leaving the house, Ka3na in an interview, denied reports that they had sex and stated that they only “cuddled aggressively”

Praise has now also stated that what happened under the sheets between them was aggressive kissing. In an interview with the show’s host, Ebuka, he said;

”Nothing happened for sure. We cuddled and we kissed and it was very aggressive. It was looking like we were eating into each other but that was it. It was aggressive” he said

What do you think happened between #BBPraise and #BBKa3na? Who does he predict will win season 5 of #BBNaija?

Get an EXCLUSIVE look!

The post BBNaija: Ka3na and I only kissed aggressively under the sheets – Praise (Video) appeared first on .

CHECK IT OUT:  Nigeria’s Inflation Rate Hits 12.13% – Highest In About Two Years