BBNaija: Praise denies BrightO’s claim that his wife is over 60years - NaijaCover.Com
Skip to content 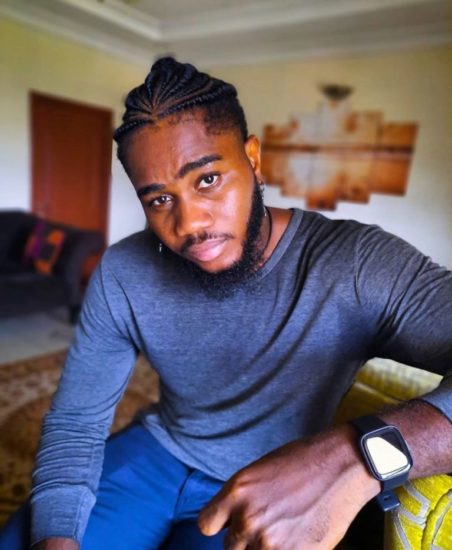 After his eviction, Praise got the chance to watch the footage of BrightO claiming that Praise’s wife is over 60years old.

The evicted housemate has now thrashed the claims stating that his wife is not as old as claimed by fellow housemate, BrightO.

BBNaija: “Praise’ Wife Is Older Than Him, She Is About 60 To 70 Years Old” – Brighto Tells Kiddiwaya

In an interview with Cool Fm, Praise as now debunked the claims, specifically stating that his woman isn’t 65.

Praise noted that while he was having a conversation with housemate Lucy, he had mentioned that he sees nothing wrong in a woman being older than a man in a relationship and he disclosed that his fiancee is older than him.

Praise also said that perhaps Brighto misunderstood his conversation with Lucy and got such an idea and blown the issue out of proportion.

The father of one stated that his fiancee is very unhappy with the rumors and also disclosed that she is 42 years and not 60 as purported.

The post BBNaija: Praise denies BrightO’s claim that his wife is over 60years appeared first on .

CHECK IT OUT:  I AM LEAVING!! David Silva Plans To Quit Premier League Champions Manchester City