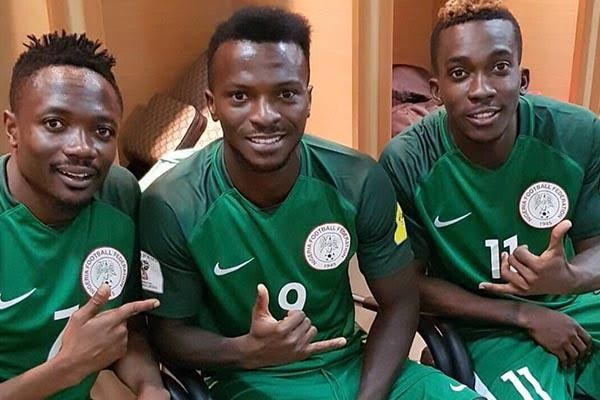 Gernot Rohr is currently well-stocked in the attacking department, but a former youth international believes there’s still a gap he can fill for the senior national team

Shakhtar Donetsk forward Olanrewaju Kayode called on the handlers of the Super Eagles to give him a chance to showcase his ability and prove himself as he did for various Nigerian youth teams a few years ago.

Kayode was one of the stars of the Golden Eaglets side that went all the way to the final of the 2009 FIFA U-17 World Cup only to lose to Switzerland on home soil.

The likes of Ogenyi Onazi and Kenneth Omeruo, who were also members of that team, have gone on to enjoy considerable success with the Super Eagles, with both lifting the 2013 Afcon in South Africa.

Kayode, though, had to wait until 2017 before earning his first cap for Nigeria and has only made four appearances in total since.

The last game he played for the Super Eagles was coming on as an 87th-minute substitute for Alex Iwobi in a 4-2 friendly defeat of Argentina three years ago.

The 27-year-old striker continues to impress in Europe. Still, head coach Rohr has identified Victor Osimhen as the man to lead the Super Eagles’ attack following the retirement of Odion Ighalo last year.

Osimhen’s support cast includes the likes of Paul Onuachu, Josh Maja, Kelechi Iheanacho, and Cyriel Dessers, but Kayode insists his name should be in that mix.

“(At the) U-17 and U-20, the coaches gave me a lot of time to play, I had more minutes to play, so, I proved myself,” the former Manchester City signing told Brila FM.

CHECK IT OUT:  LMAO!! Transformer Thief Severely Burnt As Power Is Restored During His Operation In Abuja (Watch Video)

“I think in the national team, I am talking about the Super Eagles. I didn’t have much time to play. So, it was difficult for me and also to showcase myself.

“They gave me a few minutes, also I did well just to prove that I am a fantastic player.

“I think I’m looking forward to another call-up. I’m ready to serve my nation. I started it since U-17, and I proved to the world who Kayode is. I think it is not difficult for me.”

Kayode spent last season on loan at Goztepe, scoring ten vials and providing seven assists in 29 matches for the Turkish side.