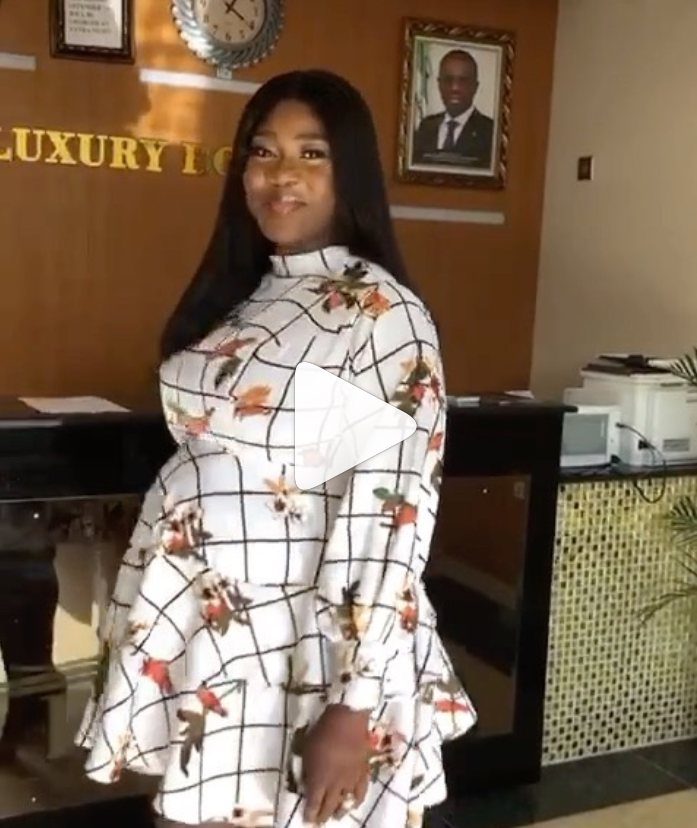 Nollywood actress, Mercy Johnson-Okojie clocks 35 years on Friday. The actress was full of praise to God for adding another year to her age.

The actress celebrated her 35th birthday a day after she marked the 9th anniversary of her marriage with her husband, Prince Odianosen Okojie.

She took to her Instagram page on Friday to thank God for the gift of life.

She wrote: “When I look back at it all, I know that there are things that only God can do. Mercy Johnson Okojie is one of them and only God’s Mercy has brought my life this far. I am so grateful Lord. Happy Birthday to me.”

Johnson-Okojie was born on 28 August, 1984. She hails from Okene in Kogi State.

The Nollywood diva started her acting career after secondary school, when she auditioned for a role in The Maid and subsequently acted in other movies such as Hustlers, Baby Oku in America, War in the Palace.

In 2009, she won an award for Best Supporting Actress at the 2009 African Movie Award ceremony, and Best Actress award at the 2013 Africa Magic Viewers Choice Awards for her role in the comedy movie Dumebi the Dirty Girl.

In December 2011, she was listed as Google’s most searched Nigerian celebrity, a position she also held in 2012.

She made her debut as film producer with The Legend of Inikpi.

With Instagram followership of 8.9 million, Johnson-Okojie is one of the most popular faces in Nollywood industry.

The post Mercy Johnson expresses gratitude to God as she clocks 35years old appeared first on .

CHECK IT OUT:  Unbelievable! ID Cabasa Opens Up On How Wizkid Treated Him When They Met