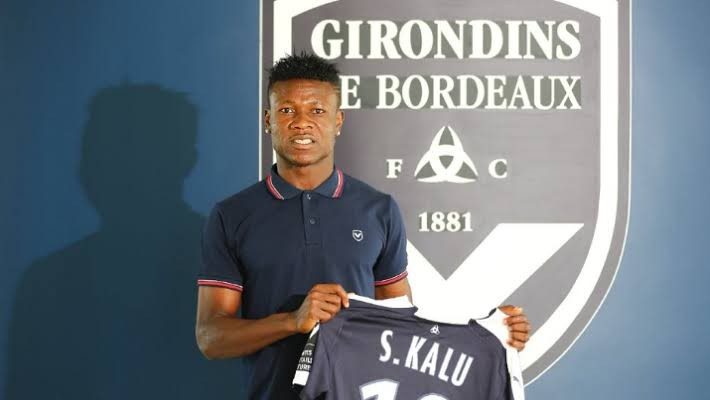 Super Eagles head coach Gernot Rohr has rubbished talks that Girondins Bordeaux star Samuel Kalu was close to moving to Turkey, expressing the confidence that the tricky winger will spend the coming season at the French club.

Kalu has been with Bordeaux since 2018 but there is a lingering feeling he is yet to justify the €8.5 million the Ligue 1 paid to secure his signature from Belgian side KAA Gent.

The Nigeria international found the back of the net once and provided just one assist as Bordeaux only finished 12th in the league last term.

Jean-Louis Gasset has since replaced Paulo Sousa as Bordeaux manager, but Kalu still faces an uncertain future after playing only the last 15 minutes of Les Girondins’ stalemate at home to Nantes last week.

Galatasaray are among the clubs reportedly working on a deal to sign the Nigerian but a former Bordeaux manager is sure the 23-year-old is staying put at the Matmut Atlantique.

“He (Kalu) didn’t tell me about leaving,” Rohr told the South West today, as per Afrique Sports.

“He is motivated to have a good season, in line with the promises made at the start of the last one. It’s up to the staff to see, but I think he has a role to play in their employed 4-3-3.

“(His) confidence will come back.”

Kalu and Bordeaux next make the trip to the Stade Raymond-Kopa to face an Angers side that claimed a 1-0 over Dijon on the opening weekend.

CHECK IT OUT:  Checkout A Funny Moment A Channels TV Reporter Pushed A Man Obstructing Him During A Live TV Coverage