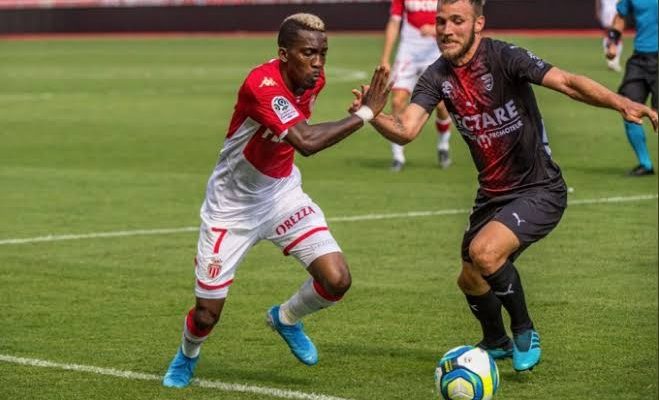 The Ligue 1 and Belgium Jupiler League returned to action on Sunday with a few Nigerian stars on parade for their different clubs.

At the Stade Saint-Symphorien, Henry Onyekuru showed glimpses of his excellent ability as ten-man Monaco recorded a morale-boosting 1-0 win over the home side, Metz.

Benoit Badiashile’s first-half strike was all Monaco needed to claim their first win of the campaign, despite Youssouf Fofana receiving his marching orders for a second bookable offence early in the second half.

In Belgium, Emmanuel Dennis and David Okereke emerged victors in the clash of the former champions, as Club Brugge secured a fine 2-1 win at Cyriel Dessers’ Genk.

Dennis, starting his first game of the season after being linked with a move to England all summer, provided the assist to the game’s opener, which Hans Vanaken converted after just 22 minutes.

Dessers then had the chance to draw Genk level shortly after the restart, but he failed to score from the penalty spot.

Another penalty came the way of the 2019 Belgian champions on the hour-mark, and this time Theo Bongonda made no mistake to make it 1-1.

But Youssouph Badji’s late goal ensured that the 2020 Jupiler League champions claimed all the three points at stake.

Super Eagles striker, Paul Onuachu did not make it off the bench for Genk.

CHECK IT OUT:  Leno Tells Arsenal Boss Unai Emery To Play Him In Europa League Final Over Cech