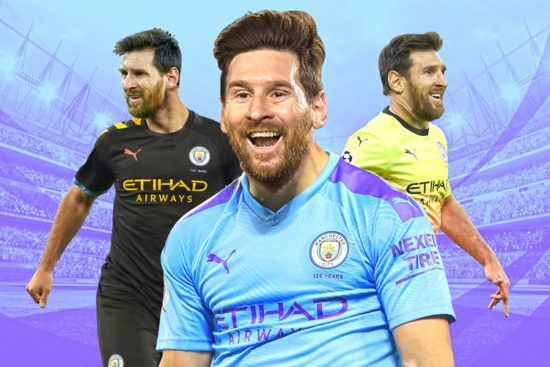 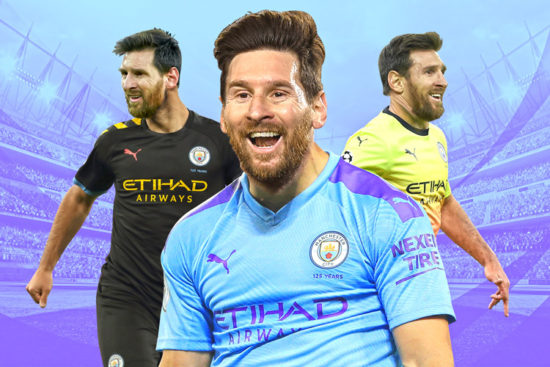 Lionel Messi’s decision to quit Barcelona for Manchester City is to be rewarded with a contract that will cement the multiple Ballon d’Or winner’s status as the highest-paid individual in the history of the sport.

Record Sport understands that Messi has agreed financial terms worth €700million (currently £623m) over the course of five years in the employ of City Football Group, the Premier League club’s holding company.

Messi – who on Sunday underlined last week’s unilateral recision of the final year of his Barcelona contract by failing to report for mandatory COVID testing at the club – is expected to spend three seasons at Manchester City before moving to CFG’s Major League Soccer franchise New York City FC.

The deal allows the group’s Abu Dhabi ownership to employ the footballer they have coveted above all others since buying into European football 12 years ago at CFG’s two most prominent clubs, with a degree of flexibility retained over the exact timing of Messi’s cross-Atlantic switch.

According to a source familiar with the negotiations, Messi has been offered an equity stake in CFG as part of his compensation package.

However, there are complications involved in the valuation of shares in a sports company that City stated was worth a heady $4.8billion upon announcing a $500m equity investment from a US tech company last year. The Argentina international may ultimately prefer to be remunerated in cash. 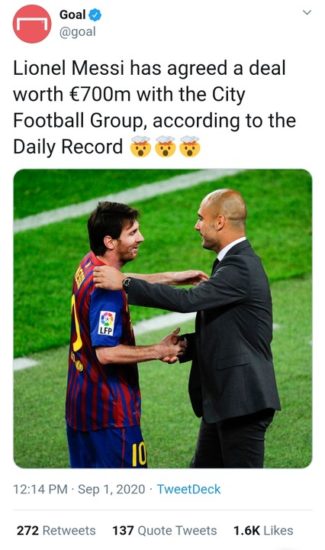 The post Messi Has Reached A Final Agreement With City Football Group, To Join Man City appeared first on .