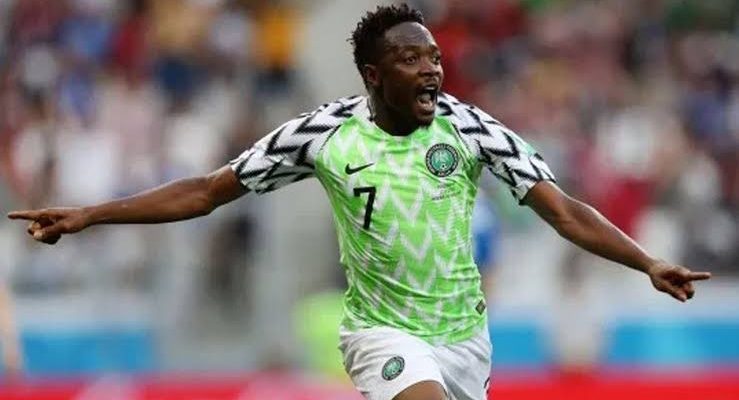 New CSKA Moscow winger Chidera Ejuke has expressed his desire to create a legacy of success at the Russian side, similar to what Super Eagles captain Ahmed Musa forged at the club.

Ejuke recently completed a N5.3 billion move to CSKA Moscow after an excellent campaign in the Eredivisie last term with Heerenveen.

The former Nigeria youth international scored nine times and provided another eight assists in what was his maiden season – and proved to be his only one – in the Dutch top-flight.

A transfer from the Netherlands to Russia mirrors the path taken by Al Nassr forward Ahmed Musa eight years ago. The Super Eagles captain impressed at VV Venlo before switching to CSKA Moscow.

Musa went on to power the Red-Blues to three league titles in just four years – the last of which arrived in 2016 – before the Super Eagles star secured a big-money move to Leicester City in 2016.

CSKA Moscow has not won the league since then, and Ejuke hopes he can write his name in the club’s history books.

“I don’t know him [Musa] in person actually, but I heard a lot about him when I arrived in Moscow,” the 22-year-old winger told the Eagles Tracker.

“It’s satisfying knowing that a big Nigerian player left a legacy at a club like this. I’m hoping by God’s grace that I can contribute to mine during my period with the club.”

Ejuke was linked with the likes of Ajax and Feyenoord before signing for the Russian giants, but he is convinced it is the right move at this stage of his development.

The Super Eagles hopeful made his debut in the side’s 3-0 victory at Akhmat Grozny last weekend, and he prays it is the first of many wins.

“I think it’s a great step for me, and I’m hoping to win a lot with this great club and keep developing as a player. I can’t wait to get started and hopefully make my mark in the league.”

Ejuke will not get the chance to make his first start for CSKA until after the international break when coach Viktor Goncharenko’s men host rivals Spartak Moscow in a local derby.