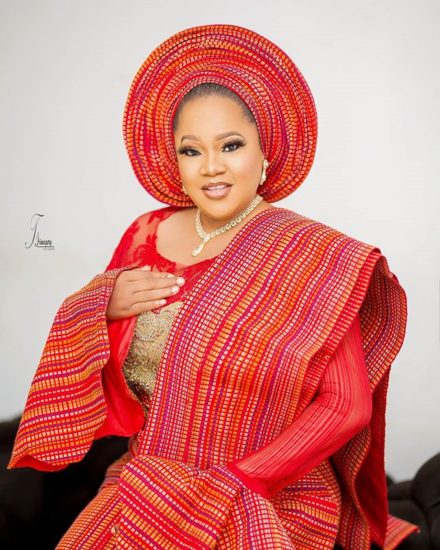 Nigerian actress, filmmaker, producer and director Toyin Abraham shows off a complete traditional Yoruba look wearing a lovely one piece red attire with her head gear to complete the look.

This comes ahead of her 38th birthday on Saturday September 5th 2020. Abraham is married to fellow actor Kolawole Ajeyemi and they have a son together.

The movie star was born in Auchi, a town in Edo State, South South Nigeria, but spent her early life in Ibadan, the capital of Oyo State in southwestern Nigeria.

Toyin started her acting career in 2003, when Bukky Wright, a fellow actress, visited Ibadan to shoot a movie. She has since featured in and produced, directed several films including Alani Baba Labake and Ebimi ni. 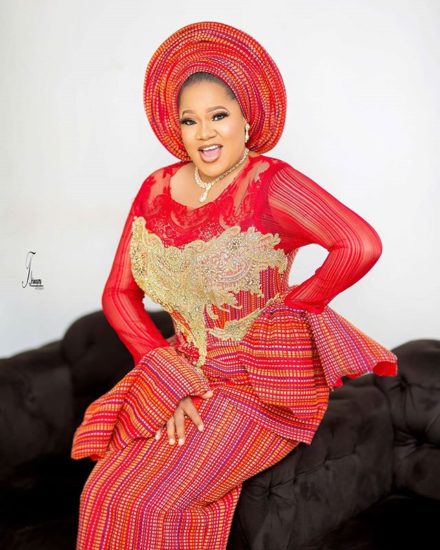 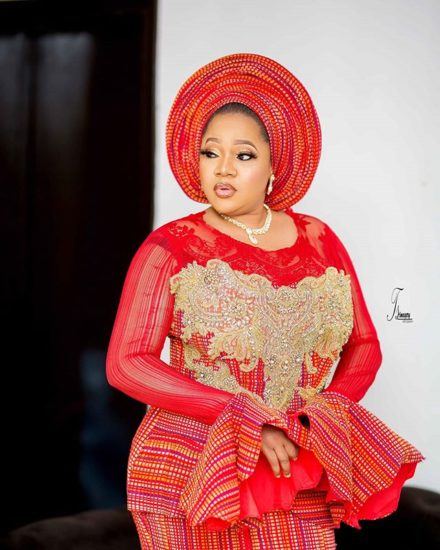