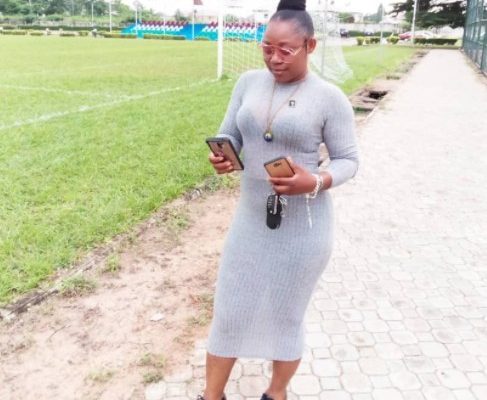 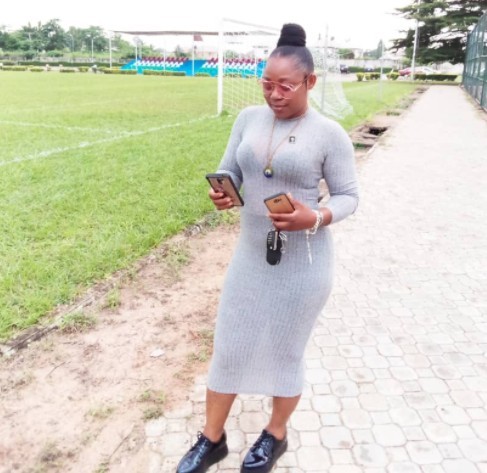 The police in Delta State have arrested a security man and an artiste believed to be a Nollywood personality in connection with the alleged murder of a 35-year-old Asaba-based businesswoman.

The two suspects allegedly conspired to murder the woman, identified as Miss Joy Obiageli Onekansi, alias Ada Jesus, who was a co-tenant with the artiste at 4, Anene Basua See, opposite the Cenotaph GRA in Asaba.

The duo allegedly buried the deceased face-down in a shallow pit inside the compound about two weeks ago.

She was allegedly stabbed severally on the body and her throat slit before her remains which were packed into a bag and buried in the shallow grave.

THISDAY further gathered that the Nollywood actor, identified as Nonso Ekene, and the woman, who hailed from Okunzu in Aniocha North Local Government Area of Delta State, were the only tenants in the two-storey four flat apartment while the Niger State-born security man resided with his family at the gate house within the premises.

Wailing family members of the deceased who besieged the house after the corpse was exhumed yesteray claimed that the late lady had reported twice at the Asaba GRA Police Station about unwarranted threat to her life by the co-tenant.

One of the victim’s sisters, who gave her name simply as Uche, said that the deceased was making her marriage plans, scheduled for December 2020, before she was declared missing.

CHECK IT OUT:  Couple Remanded In Prison For Brutalising 10-Year-Old Housemaid (Photos)

According to Uche, “We all became worried after repeated calls to get update of her proposed marriage plans as her telephone was switched off all these days.”

Nevertheless, luck ran out on the gateman when on August 26, 2020, he was caught while trying to escape with his family members using the late Ada Jesus’ Toyota Avalon car.

THISDAY learnt that the police intercepted him along Summit Road in the metropolis after the car ran out of fuel and the suspect was unable to produce the documents of the vehicle when the police demanded them.

The security man reportedly kept sealed lips about the dastardly act until two days ago when he led detectives to pick up the Nollywood actor, who allegedly made earlier moves to take the security man on bail.

According to the Deputy Commissioner of Police, Mr. Olaleye Faleye, who visited the compound, his men on 26th August stopped a black Toyota Avalon saloon car on Summit Road, adding that the suspect could not provide vehicle particulars and was subsequently detained.

A younger brother of the deceased who had gone to the GRA police station to report a missing person was surprised the to find her missing sister’s car and her gateman in the cell.

Faleye said that investigation was ongoing, adding that the motive for the murder was yet to be established.