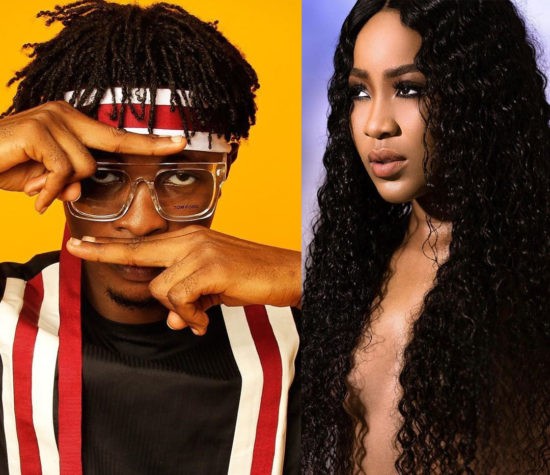 Nigerians have taken to social media to reiterate their decisions to continually vote for BBNaija housemate Laycon to win the 2020 edition of the reality TV show, just after Erica insulted him.

Erica had accused Laycon of riding on her fame and stated that he could never trend without mentioning her name.

This came after Ebuka revealed that Laycon was telling other housemates the actress had made many attempts to kiss him. An act she vehemently denied and asked to know when she tried to kiss the rapper.

Laycon’s refusal to give her a satisfying response led her to making damning utterances about the singer. She said he would suffer in life and she would make sure he dies, by killing himself.

reacting to her threats, Nigerians on Twitter vowed to continue to vote for the Laycon until he wins the reality TV show.

” Tbh I want her to her see laycon win in the finals that would be the best revenge for all the dirt she’s been tossing.all because kidd didn’t want to go for a gold digger” a user wrote on Twitter

It is however interesting to say that Erica does not actaully know the rapper is as popular as she might think she is outside of the show.

“This Erica no know say for every situationship she finds herself with Laycon, it’s a vote for him. Gbogbo Eleyi o necessary at all. Alcohol is an enabler to pour out the inner most of the mind without fear or bother. O ma se o”

Some viewers of the show are at the same time calling for her disqualification from the show.

CHECK IT OUT:  BBNaija: Diane Gets Evicted From Big Brother Naija