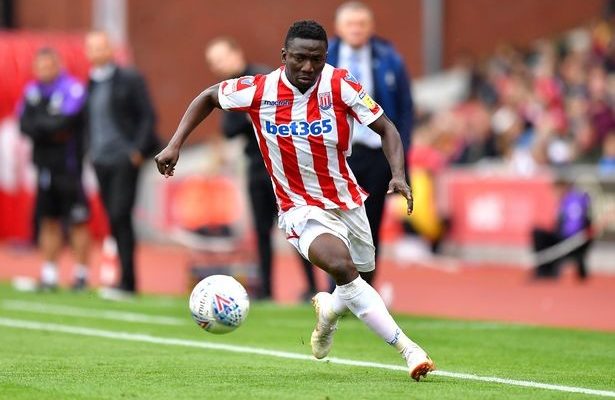 The former Warri Wolves star endured a nightmare campaign with the Potters last season, but he is set for a new start away from England

Super Eagles midfielder Oghenekaro Etebo is struggles at the Bet365 stadium is set to end with the Nigerian international close to signing for Turkish side, Galatasaray.

According to popular Nigerian journalist Kelechi Nkoro, the 24-year-old will end his time with Stoke City to sign for The Lions.

Just in: @etebo_karo is joining Galatasaray…

It has been a difficult year for Etebo as he struggled to break into Stoke side. He joined the Potters in 2018, and became an instant fans favourite, winning the Fans Player of the season.

However, he could not back up the efforts last season as he battled injuries and was frozen out by Michael O’Neil.

With game time hard to come by, Etebo joined Getafe on loan in January, where he impressed. But he missed the final parts of the season with the Spanish Club as he had to bury his late father, which led to Getafe refusing to sign him permanently.

He has since returned to Stoke City, but has missed all of the team’s preseason friendlies, including the win over Newcastle.

His time at the club has now come to an end with the Nigerian set for a new adventure in the Turkish top-flight.