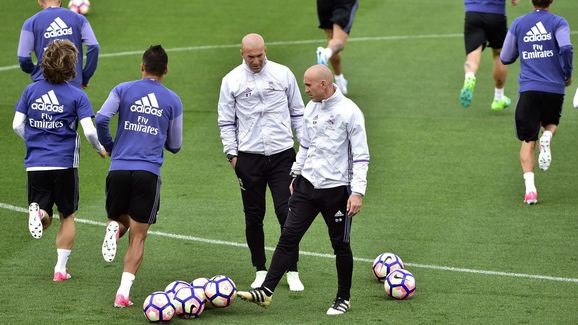 Football coaches have proven time and time again that it takes more than talent to do what they do. And it’s their uniqueness and special abilities that make them stand out from the rest.

In this article, W88 w88coid.com will be listing the seven best football coaches we’ve seen in recent history.

Having spent all of his playing career in Scotland, Ferguson first went into management with East Stirlingshire in 1974 before joining St Mirren in the same year.

Ferguson further enhanced his reputation at Aberdeen, where he guided the club to three top-flight titles, four Scottish Cups, and triumphs in the UEFA Cup Winners’ Cup and UEFA Super Cup.

He replaced Ron Atkinson at Old Trafford in 1986, winning his first FA Cup in 1990. He also added another UEFA Cup Winners’ Cup and UEFA Super Cup to his collection.

Ferguson ended Man Utd’s 26-year wait for a top-flight title in the inaugural Premier League season of 1992/93. He went on to enjoy unprecedented success over the next two decades until his retirement at the end of the 2012/13 campaign.

Arsene Wenger is not only one of the most successful EPL coaches, but also one of the best football coaches the game has seen entirely. Wenger was nicknamed “Le Professeur” as he revolutionised the training and diet system of English football players. Although his name always comes along with Arsenal, he had brief periods with some other clubs like Monaco and Nancy.

CHECK IT OUT:  Revealed: The Relationship Between Nigeria’s Newest Star Terem Moffi And Alex Iwobi

He helped AS Monaco to win the French Ligue 1 in 1988 as well as the Coupe de France in 1991. With Nagoya Grampus, he won the Emperor’s Cup in 1995 and the J-League Super Cup in 1996. Thanks to him, Arsenal claimed the English Premier League titles three times. The Gunners also won the FA Community Shield and the FA Cup.

We now know about this German manager as Liverpool coach. But before moving to England in 2015, Jurgen Klopp had 15 seasons coaching in the Bundesliga. Some amazing footballers like Mohamed Salah, Adam Lallana grew up under his guidance in Liverpool.

Klopp is the longest-serving coach of Borussia Dortmund after spending his time with Mainz 05. He has helped three teams to win several trophies. That’s why Klopp is one of the most successful football coaches of all time.

Klopp helped Mainz 05 to achieve the promotion to the 2. Bundesliga in the 2003-04 season. With Borussia Dortmund, he helped the club win two Bundesliga titles, a DFB-Pokal trophy and two DFL-Supercup titles.

Pep Guardiola has been the Manchester City manager since the start of the 2016/17 campaign.

The Spanish coach signed a deal to replace Manuel Pellegrini during the 2015/16 season and officially took charge over the summer after cutting his ties with Bayern Munich.

As a player, Guardiola spent the majority of his career at Barcelona but also played for Brescia, Roma, Al-Ahli and Dorados de Sinaloa.

He won six LaLiga titles and lifted the European Cup in 1992, the same year that he won Olympic gold with Spain.

He stamped his mark at Camp Nou as his first campaign in charge brought success in the UEFA Champions League, LaLiga and Copa del Rey.

It was the club’s first ever treble and, at 37 years of age, it made Guardiola the youngest manager to lift the UEFA Champions League in history.

Guardiola returned to coaching ahead of 2013/14 to replace Jupp Heynckes at German team Bayern Munich. He won three Bundesliga titles on the bounce, with silverware also coming via the DFB-Pokal, UEFA Super Cup and FIFA Club World Cup.

After three years in Munich, the former FIFA World Coach of the Year agreed a move to Manchester City for the 2016/17 Premier League season.

Manuel Pellegrini currently manages Hebei China Fortune after his time with Villarreal, Real Madrid, Malaga and Manchester City. He had a wonderful time coaching Manchester City at the Premier League since 2013 and moved to China in 2016.

Jose Mourinho is mostly known for coaching Chelsea and Real Madrid. But not many fans know that he started his coaching journey with Porto as an assistant in 1994. Then he managed some great clubs such as Chelsea, Inter Milan, and Real Madrid. From 2016 to 2018, he coached Manchester United and moved to Tottenham Hotspur in 2019.

CHECK IT OUT:  I Pay My Tithe To God In Trailer Loads – Bishop Oyedepo

Ancelotti is known for his time with Serie A club AC Milan. Until now, Carlo Ancelotti has managed some top clubs. Some of the big names are Chelsea, PSG, Real Madrid, Bayern Munich.

He helped each team gain success, that’s why he is one of the best football coaches in the world. He managed his team to win 4 domestic titles in Europe and win the UEFA Champions League 4 times.

Ancelotti helped Juventus win the UEFA Intertoto Cup in 1999 and with AC Milan, he won two UEFA Champions League trophies, one Serie A, one Coppa Italia title and the FIFA Club World Cup trophy. With Chelsea, Ancelotti achieved the Premier League title as well as FA Cup in the 2009-10 season.