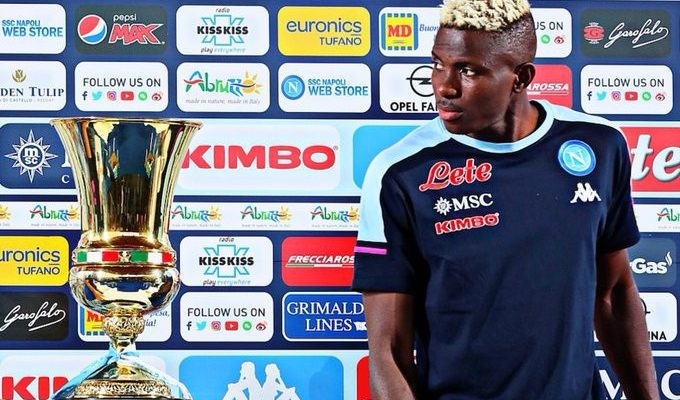 The Super Eagles star joined Napoli in a record-breaking deal, but there are concerns on how he would deal with racist abuse in Italy

Nigeria senior national team manager, Gernot Rohr, has revealed he is confident racism in Italy won’t be a problem for Victor Osimhen following his move to Napoli. Osimhen joined the Gli Azzurri from Lille for a club and African record fee of 81 million euros-including add-ons.

However, the deal was not without problems with some reports even claiming Osimhen was not willing to move to Italy due to the racism problem in games.

The Italian Serie A has witnessed some ugly racist incidents in recent years with the likes of Mario Balotelli, Kalidou Koulibaly and Moise Kean among players that have been subjected to racist abuse from opposition fans.

Osimhen also expressed his concerns on the issue at his unveiling, but Rohr insists his experience playing in Germany, Belgium and France will help him deal with the situation.

“Racism? I don’t think this will be a problem for Victor (Osimhen)”, Rohr said in quotes gotten from SSC Napoli news.  He has already lived through experiences in France, Germany and Belgium, where there have been difficult situations to overcome. He is very strong mentally.”

Also, Rohr believes the Nigerian will be a success in Italy despite his young age as he has the qualities of a top player.

“Victor Osimhen is a great player, he is very important to us and he will be even more so thanks to the experience that he will get in a top club like Napoli.

CHECK IT OUT:  Sarri Blast Chelsea Players During Juventus Unveiling (See What He Said)

“Despite his young age, he has many qualities and will show them in Italy”, he added.