BBNaija’s Wathoni Says She Has Resolved Issues With Erica - NaijaCover.Com
Skip to content 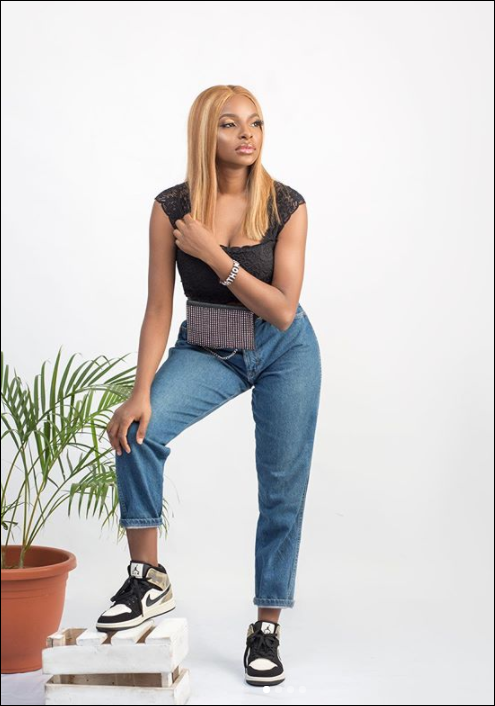 Wathoni, who had gotten into a ‘relationship’ with Brighto a week before her eviction from the house, was asked about her seemingly flighty feelings for the men in the Big Brother house.

First she was pining for Kiddwaya, when that didn’t pan out, she moved towards Eric, and when he got evicted, she started considering Brighto. She defends herself, “I didn’t go to the house to look for a man. Things just happened.”

She also addressed her feelings for Kidd saying that she was not particularly hurt that Kidd chose Erica, explaining that she was merely attracted to him for a while, and had moved on.

About her disagreements with Erica, she said, “What happened with me and Erica is a mixture of so many things. We’ve resolved it now.”

She was asked about the relationship between Ozo and Nengi and had this to say, “I’ve always said Nengi loves attention and Ozo gives her the attention, but Ozo really has feelings for Nengi. I can’t speak for Nengi’s side.”

Regarding her burgeoning affections for Brighto, she explained that she doesn’t know what Brighto wants. But admits that they got really close in the House. She however thinks the relationship might have ended.

When asked why she didn’t push her brand in the house, she clarified that she indeed tried to push her fashion line and her talk show. She says she plans to pay more attention to them now that she is out of the house, leveraging on the platform that BBNaija has given her.

CHECK IT OUT:  Revealed: Why Osimhen Signed For Napoli

She admits that she is going to miss Trikytee, who she described as a “big brother”, she also thinks that Laycon might win the competition, because the audience is able to relate to his story and what he represents.”
Text from Guardian

The post BBNaija’s Wathoni Says She Has Resolved Issues With Erica appeared first on .