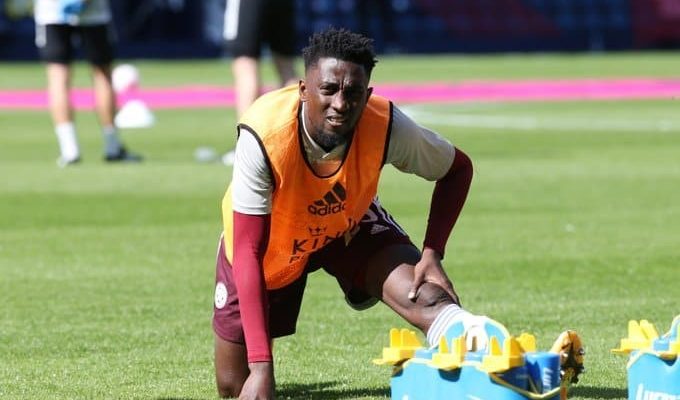 The two Nigeria internationals faced off in their clubs’ first game of the new Premier League season, but it was Wilfred Ndidi’s Leicester City that triumph 1-0 at the Hawthorns on Sunday afternoon.

Traditionally a defensive midfielder, Ndidi, however, started – and excelled – at the heart of defence as the Foxes were missing a few centre-backs due to injury.

Semi Ajayi, crucial in the Baggies’ promotion charge last term, also began the game as one of a three-man defensive set-up for the hosts.

And there was to be no baptism of fire for West Bromwich Albion as the Premier League new boys held their own in the first 45 minutes against one of England’s most astute sides.

The home side started the brighter of the two teams and threatened early on through Diangana and Pereira. Still, Slaven Bilic’s men just couldn’t create a clear-cut chance against a defence marshalled by the out-of-position Ndidi.

Leicester took longer to get going, but they eventually burst into life after the half-hour mark and could have taken the lead through a couple of Vardy chances.

Nevertheless, West Brom held on firmly as the sides went into the break scoreless after an entertaining first period.

But just ten minutes into the second half, the Leicester took the lead after making a strong spell of pressure count in their favour.

Barnes slipped Praet in behind the hosts’ defence, and the midfielder scurried to the byline before clipping a clever cross to the back post, where new signing Castagne is on hand to power a header beyond Johnstone in Albion goal.

CHECK IT OUT:  Rohr Could Be Without One Of His Key Players For Super Eagles Games In October

And midway through the half, it became two-nil to the visitors as Jamie Vardy slammed home a penalty kick to punish defender Kyle Bartley for pulling him down in the area.

West Brom were down, but Leicester were not done just yet.

And the ageless Vardy then made it 3-0 late on as he grabbed his second goal of the match – again from the penalty spot – after the referee ruled that Dara O’Shea had tripped James Justin.