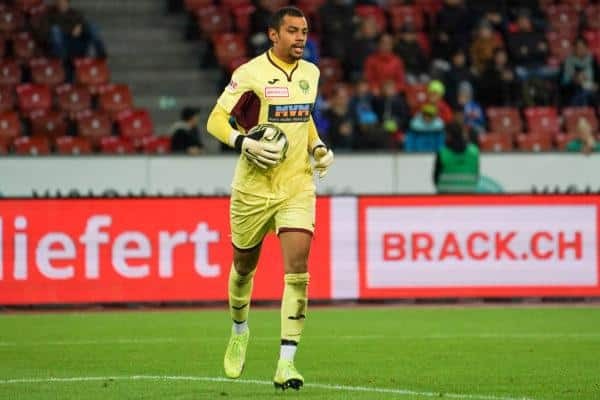 Osigwe was in action for just 65 minutes, but it took Antonio Conte’s men only 47 minutes to do the damage at the Centro Sportivo Giacinto Facchetti.

The Nigerian, who was born in Switzerland but represented Nigeria at U-20 level, joined Lugano on a free transfer last month. His first appearance came in the Swiss Cup 2-1 win over FC Schaffhausen.

The clash against Inter was his second, and it’s a game he would not want to remember. It took Inter just four minutes to breach Osigwe’s goal courtesy of a Dalbert Henrique’s strike.

Conte’s men doubled their lead in the 37th minute after Akos Kecskes bundled the ball into his net. A quickfire double from Lautaro Martinez put Inter four goals ahead going into the break.

Romelu Lukaku strike from the penalty spot two minutes after the restart then added gloss to the scoreline. With the damage already done, Osigwe came off for Lucio Soldini in the 65th minute.

The former Kriens shot-stopper will, however, hope to put the result behind him when Lugano host his former side Luzern in their Super League clash this weekend.

CHECK IT OUT:  BREAKING: PDP Blasts Buhari Over Statement On Medical Treatment Abroad