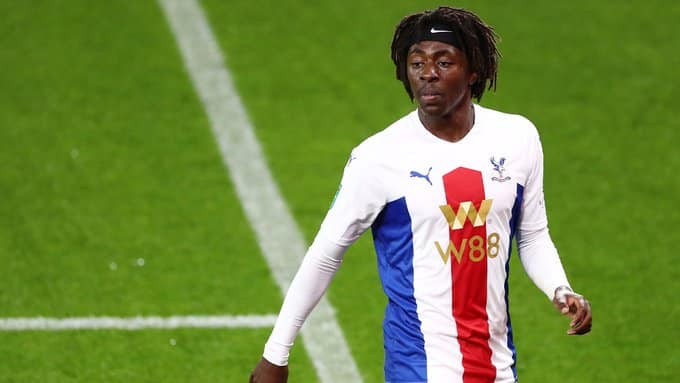 Eberechi Eze made his first start and second appearance for Crystal Palace, but the Eagles suffered a painful penalty shootout loss to Bournemouth in their Carabao Cup encounter.

Eze joined Palace from QPR from for 20 million pounds including add-ons. The 22-year-old made his debut in the Eagles Premier League win over Southampton last Saturday.

The former Wycombe star replaced Jefferey Schlupp in 81st minute of that encounter. Having made his debut, Roy Hodgson handed Eze his first start against the Cherries.

However, he could not prevent the Eagles from crashing out of this season’s Carabao Cup. It was Bournemouth that dominated the play, but the Cherries could not make their dominance count despite having 17 shots, including three on target.

After a goalless 90 minutes, the match went into a penalty shootout, and it was Bournemouth who took a deserved victory, but not without drama.

Both sides converted their first ten penalties with Eze scoring the fourth for Palace. Palace had the chance to win it when Asmir Begovic missed for Bournemouth, but Wayne Hennessey missed his spot-kick also.

David Brooks then scored for the Cherries, but Luka Milivojevic’s miss sent Roy Hodgson’s men out of the competition.

CHECK IT OUT:  Umar Sadiq chooses between being top scorer and gaining La Liga promotion