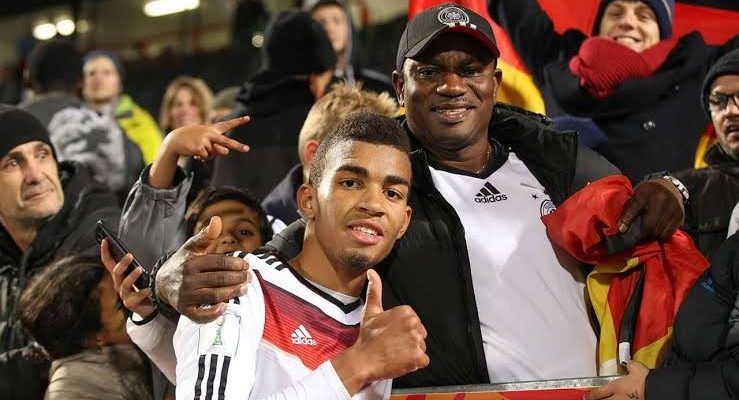 The Gernot Rohr-tutored side already boasts the defensive talents of William Troost-Ekong, Kenneth Omeruo, Leon Balogun, and Semi Ajayi, but another top defender has added his name to the German tactician’s options

Akpoguma was born in Neustadt to a German mother and Nigerian father and had represented his country of birth across various youth levels.

The tough-tackling centre-back even captained the German U-20 team that defeated Nigeria’s Flying Eagles in the quarterfinal stage of the 2015 FIFA U-20 World Cup.

But the 25-year-old remained eligible to feature for the Super Eagles having never been invited to play for the German national team.

Super Eagles head coach Gernot Rohr, who also has German roots, has never hidden his desire to lure Akpoguma to the Nigerian fold. And it appears that attempt has met with success as confirmed by the NFF boss in a chat with the Daily Sun.

“We have also resolved that anybody who wants to play for Nigeria must write to us to make some commitment,” Pinnick said.

“We don’t want to make the mistake we made in the past.

“Already, Kelvin Agboguma and one other have already written to commit their future to Nigeria. They know that Nigeria is a big country to launch anybody higher than they imagine.”

Raised at Karlsruher SC and nurtured to maturity at Hoffenheim, Akpoguma is a proven performer at the elite level of German football, having already made 52 Bundesliga appearances.

CHECK IT OUT:  NICE ONE: School In Ajegunle Now Accepts Waste Plastic Bottles As School Fees

A versatile centre-back who can also do a decent job as a right or left full-back, Akpoguma could be in line for his first Super Eagles call-up when Rohr releases his squad list for the friendly games against Tunisia and Ivory Coast next month.