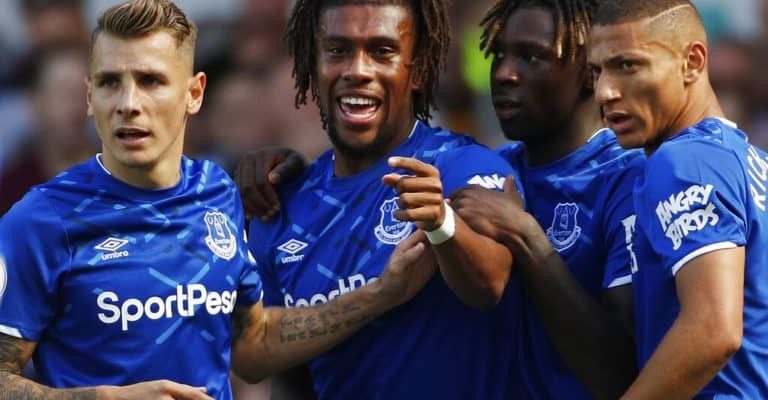 The Super Eagles star has missed Everton’s opening games of the season, but he is in contention to make his first appearance on Saturday

Alex Iwobi in line to play in Everton’s Premier League clash against West Brom after missing the win over Tottenham last weekend.

Iwobi was not part of the Toffees squad that upset Tottenham in their first Premier League match of the new season.

The Nigerian also missed Everton’s win over Salford City in the Carabao cup on Wednesday. Reasons for his absence were not known before, but in his press conference ahead of Saturday’s match, Everton boss, Carlo Ancelotti revealed Iwobi has been carrying a knock.

However, the Italian confirmed that the former Arsenal star has recovered, and he could feature against the Baggies on Saturday.

Iwobi, who has been reportedly transfer-listed by the club, and criticised by some Everton fans, will hope to get his chance against Slaven Bilic’s men.