Serie A: Impressive Start For Osimhen As Napoli Edge Out Parma - NaijaCover.Com
Skip to content 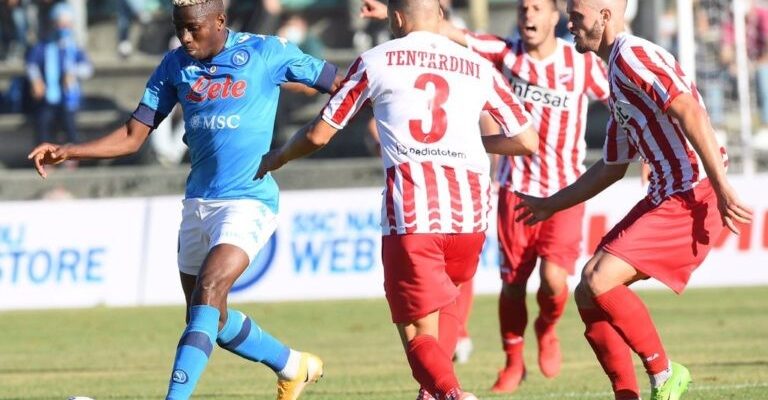 Victor Osimhen was a second half substitute as Napoli opened their 2020/2021 Italian Serie A campaign with a comfortable victory over Parma at the Ennio Tardini Stadium.

Osimhen joined Gli Azzurri from Lille for a club and African record fee of 81.3 million euros, but he started his first Serie A game from the bench.

Napoli dominated possession but the first half ended goalless. Gattuso’s men continued to dominate possession after the restart, but it took the the introduction of Osimhen for them to break the deadlock.

CHECK IT OUT:  Governor Of Imo State Emeka Ihedioha Appoints Kanu Nwankwo As Aide On Sports