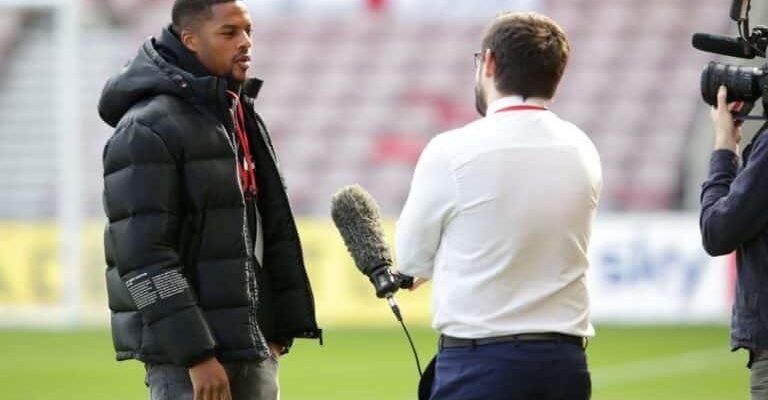 Former Arsenal academy graduate, Chuba Akpom is aware of the history of Middlesbrough, and the young forward says Boro deserves to be in the top flight, and his ambition is to help achieve that.

Akpom joined Neil Warnock’s a few days ago, join from Greek side PAOK where he’s spent the last two seasons.

It’s a surprise move from the 24-year-old who netted 18 goals for PAOK, won a league title, a cup, and played in both the Champions League and the Europa League.

But Akpom has his heart set on helping his new side push for promotion to the Premier League at the end of the season.

“It’s an amazing feeling to sign, everyone knows the history of the Boro,” the Super Eagles hopeful told the club’s website.

“Hopefully, we can push for promotion, I know that’s the aim of the team, and hopefully I can help with that.

“When a team like Middlesbrough comes in, you don’t need much convincing, it’s a top club.”

Akpom is not a stranger to Championship football. He was a member of the Hull City and Brighton teams that gained promotion to the English top-flight in years past.

And the former Arsenal striker hopes that experience and the two seasons spent in Greece will put him in good stead in his new home.

“I felt like I needed it. It was like a refresh for me, different styles of football, different culture, different everything really.

CHECK IT OUT:  Former Super Eagles Defender Babayoro Names Toughest Player He Has Ever Faced

“To come back here, I’m more motivated, and I’m sure it will go well.

“I know the league, I was here with Hull and Brighton when they got promoted, so hopefully I can boost the team.”

Akpom is in line to make his Middlesbrough debut when the club takes the trip to Queens Park Rangers on Saturday.