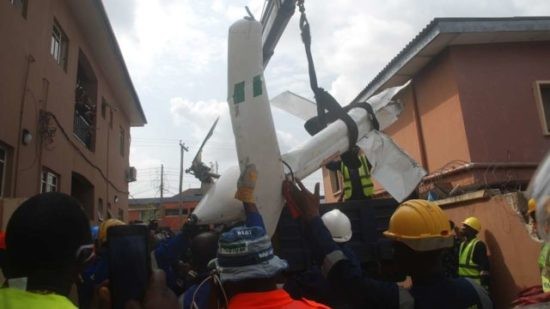 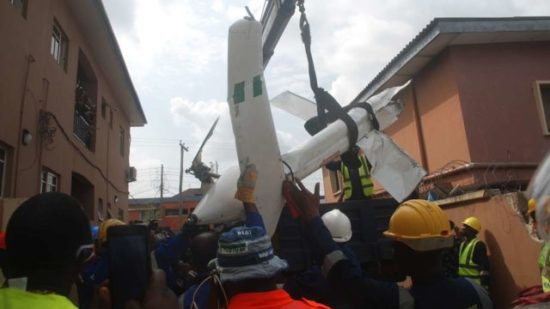 The Accident Investigation Bureau (AIB) Nigeria, yesterday, released the preliminary report on the recent helicopter crash in Opebi, Lagos, disclosing that the aircraft had no fuel at the time of the incident. It added that the late pilot had no valid licence.

Besides, the investigators said there was no evidence that the pilot applied for exemption in obedience to Nigerian Civil Aviation Authority’s (NCAA) provisions.

The Bell 206B five-seater aircraft, marked 5N-BQW, crashed while returning from Port Harcourt on August 28, 2020. It killed all three occupants.

The AIB’s document noted that the jet was fully fuelled in the Rivers State capital, but had no capacity of jettisoning the content mid-air, yet “there was no fuel left in the fuel tank after the crash.”

Signed by the AIB Commissioner, Akin Olateru, the report said the airliner that was filled the preceding day had 10 minutes of engine run and 20 minutes of test flight on it same day in Port Harcourt.

CHECK IT OUT:  It is painful that what started as a peaceful protest has been hijacked and turned into complete anarchy – Davido

It admitted that the plane had a valid airworthiness certificate, as its Aircraft Maintenance Engineers’ License Validity was expiring February 14, 2022 with Aircraft Ratings of Category A&C Agusta/Bell 206, Bell 212, Sikorsky S76, Eurocopter EC 155 helicopters, while the Certificate of Airworthiness of the chopper expires October 29 this year.

The report read in part: “The pilot’s last medical examination was valid till August 6, 2020. There was no evidence to show that an application for the exemption provided by the All Operators’ Letter (AOL) DG020/20 had been submitted to the Nigerian Civil Aviation Authority.

“The pilot’s last proficiency check was valid till August 24, 2020. There was no evidence to show that an application for the exemption provided by the AOL DG018/20 had been submitted to the Nigerian Civil Aviation Authority.”

It also indicated several communications between the ill-fated airplane and Lagos tower until response was lost.

The airline’s Managing Director and Accountable Manager, Abiola Lawal, maintained that seven days to the expiration of the pilot’s proficiency licence, the company wrote the NCAA on August 18, 2020, requesting extension and exemption.

He said the correspondence followed a notice from the regulator to operators with reference, NCAA/DOT/GEN012/20/002.

The letter, according to him, stated: “Given the challenges of the COVID-19 (pandemic) in organising additional crew and training, we hereby wish to request for the exemption/extension of our pilot, Captain Chika Prudence Ernest License ATPL (H) 6245, under the above exemption granted by the DG in the above circular.

“His proficiency expires on August 24, 2020 and his comprehensive medical is valid until August 6, 2023. Captain Prudence is an experienced helicopter pilot and PIC on the Bell 206. We (will) kindly appreciate if this application can be promptly approved.”

The post The Crashed Bell Helicopter Pilot Had No Valid License – AIB appeared first on .