Ghanaian Police Officers Asked To Reduce Their Libidos Ahead Of Elections - NaijaCover.Com
Skip to content 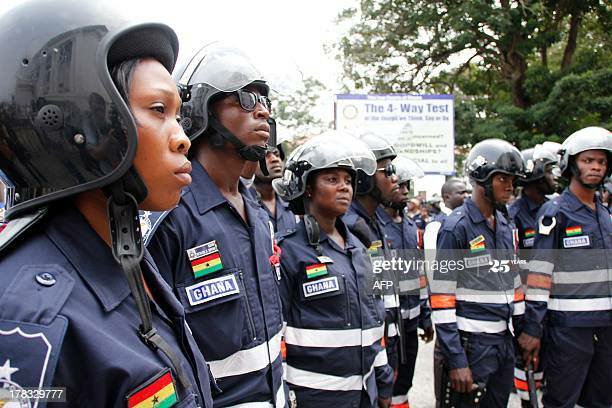 Afful Boakye-Yiadom,Accra Region Commander of the Ghana Police Service, DCOP has asked police officers to reduce the number of s#x rounds they undertake ahead of the general election.

The police commander said it is necessary because sex romp affects energy levels which they need to save and be fit for the looming election.

“Control yourself, we all need the energy to work during the election. I want to advise that you eat well and reduce your sex round so you would have the energy to work well during and after 2020 election,” DCOP Afful Boakye-Yiadom said.

The police commander also warned that police officers should not get involved in any political activity. Rather, they should remain neutral and professional on the job.

Ghana’s general election is set to hold December 7th and Incumbent president, Nana Akufo-Addo is vying for a second tenure in office.

John Mahma, his stiff competitor, is also hopeful that he gets re elected after losing power in 2017.

The post Ghanaian Police Officers Asked To Reduce Their Libidos Ahead Of Elections appeared first on .