Man Lures His Ex-Girlfriend He Impregnated, Sells Her Twins For N150,000 (Photo)
Skip to content

Posted By Udokabestluv On September 23rd, 2020 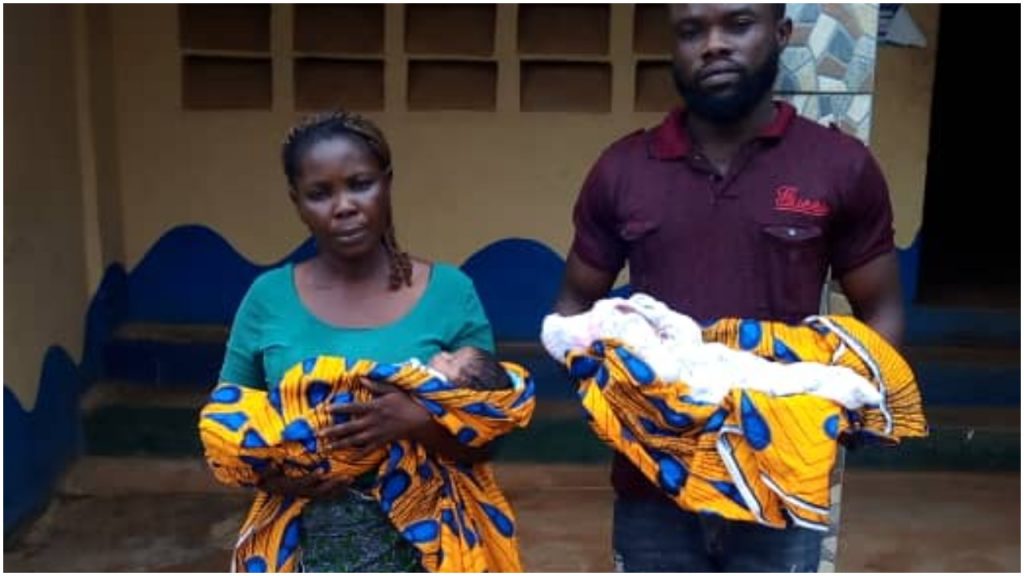 The Suspect lured his ex-girl friend whom he allegedly impregnated and stole the children(twins baby girls) aged about two months on the 4/8/2020 after she gave birth to them through a cesarean section and sold same children to one Tina Ibeato ‘f’ aged 31years of Imo State at the rate of one hundred and fifty thousand(#150,000)Naira only.

Meanwhile,both the two suspects have been arrested and the children recovered in good condition.Investigation is ongoing after which the suspects would be brought to book.

CHECK IT OUT:  Wife Stabs Her Husband In Kaduna (Disturbing Photos)