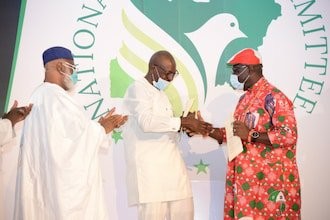 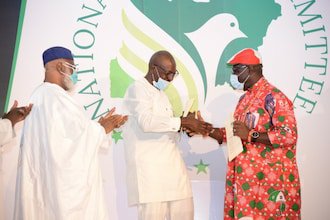 ThisDay newspaper reported that Pastor Osagie Ize-Iyamu, the candidate of the All Progressives Congress (APC), called on Governor Godwin Obaseki to return to the APC days after the latter won the September 19 governorship election in Edo state,

The report which has now been deleted by the newspaper claimed Ize-Iyamu made the call in a television broadcast on Wednesday night, September 23.

Nigerian Tribune also has a version of the report where it claimed Ize-Iyamu has declared that he was ready to work with Governor Obaseki.

The newspaper also alleged that the APC governorship candidate disclosed this during a press briefing on Wednesday.

However, Ize-Iyamu has dismissed the reports through the director of communication and media of his campaign organisation, Prince John Mayaki.

In a statement published by The Nation and the APC governorship candidate’s website, Mayaki refuted the reports and noted that the said video was actually made not less than three months ago.

‘’The video in reference is from three months ago, not after the election but doctored by Obaseki’s media handlers to seek undue legitimacy. “We wonder if the media were being sponsored by Obaseki and the PDP, as it seems implausible that they actually believed the story.
“This is even more so, when reporters in Benin City would report Pastor Ize-Iyamu, who is currently in Abuja, where the various media organisations are also domiciled, this is to tell you the suspicion inherent in the viral video.” 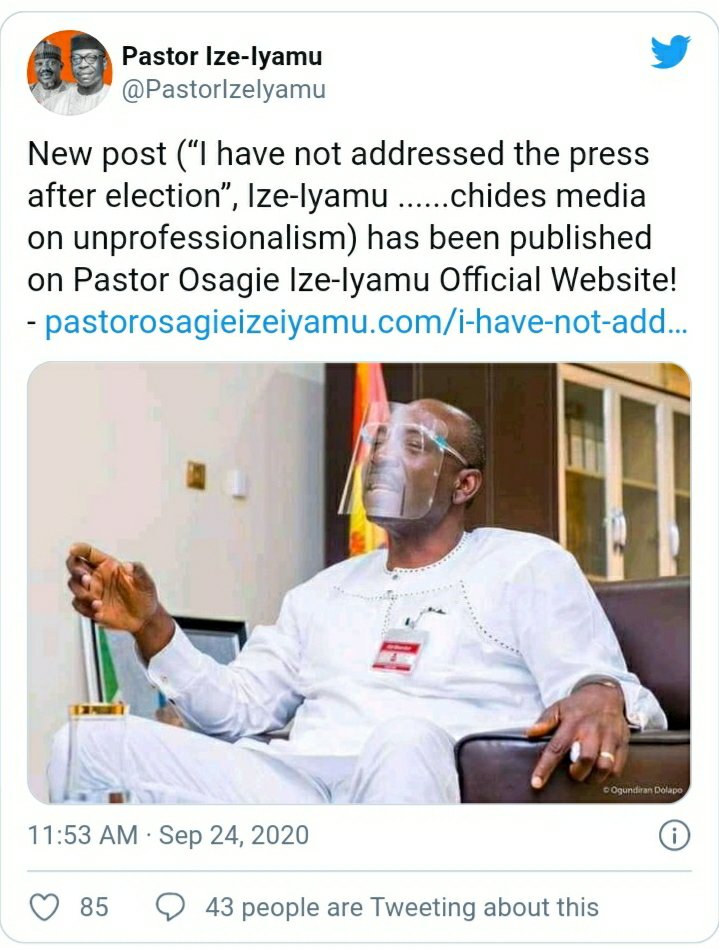 CHECK IT OUT:  70 Persons, Firms Lose Properties To EFCC