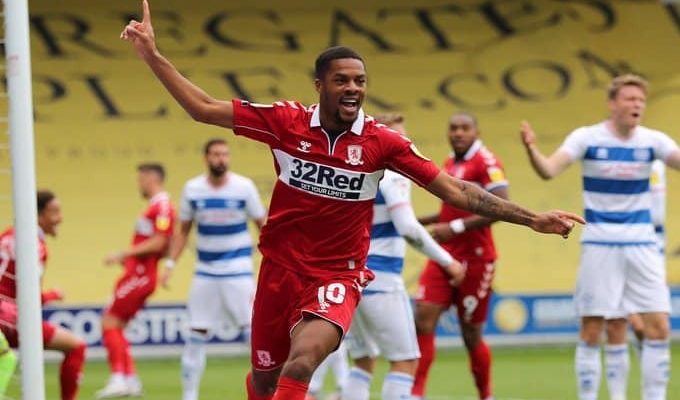 A host of Nigerian stars featured for their respective clubs as action continues across Europe’s major leagues in the new 2020/2021season.

In England, former Super Eagles Captain, John Mikel Obi was the star as Stoke City finally picked up their first win of the season in the Skybet Championship.

The former Chelsea star, who joined the Potters on a one year deal this summer, set up Lee Gregory in the 39th minute as Stoke sealed a 1-0 win at Preston North End.

Mikel was not the only Nigerian that impressed in England’s second division. Chuba Akpom, a summer signing from PAOK Thessaloniki, scored on his debut for Middlesbrough in a 1-1 draw against QPR.

It took Akpom just 19 minutes to open his Boro account, but another Nigerian, Bright Osayi-Samuel would deny him a win after he levelled scores for QPR in the 28th minute.

Also in England, Eberechi Eze made his first Premier League start for Crystal Palace, but the Eagles suffered a 2-1 loss to Everton, who brought on Iwobi four minutes from time.

Meanwhile, Tolu Arokodare finally made his first appearance for Cologne since he joined on a one-year loan deal from Valmieras FK.

The 19-year-old was introduced in the 78th minute for Sebastian Andersson in Cologne’s Bundesliga clash against Arminia Bielefeld.

However, he could not rescue the Bily Goats from defeat. Joan Simun Edmundsson strike 12 minutes from time was enough to seal the maximum points for Arminia.

Tolu’s compatriot at Cologne, Kingsley Ehizibue, featured for the entire duration of the game.

CHECK IT OUT:  Comedian Crazeclown blocked on social media by a fan he mistakenly sent money to