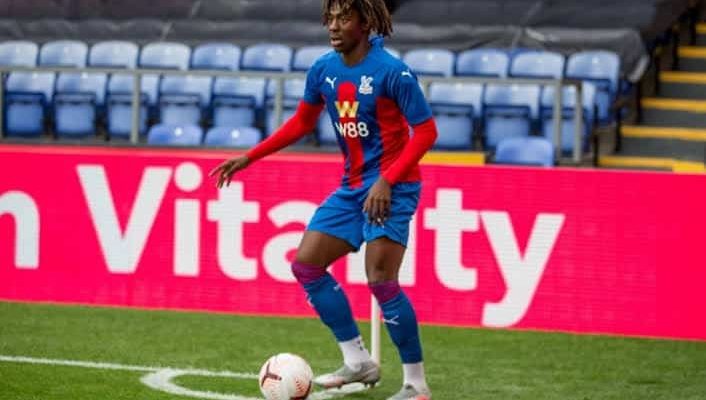 The Anglo-Nigerian youngster made his full debut for the Eagles on Saturday, and he is tipped to become a Selhurst Park hero in the not-too-distant future

Crystal Palace’s Senegal international Cheikhou Kouyaté believes new teammate Ebere Eze has the quality to develop into one of the Premier League’s most celebrated stars.

Kouyate has been left in awe after watching the young attacking midfielder from close quarters since completing his move to Palace from Queens Park Rangers this summer.

Eze came off the bench in the Palace’s first two games of the campaign against Southampton and Manchester United.

And the England youth international of Nigerian descent was handed his full debut by Eagles boss Roy Hodgson on Saturday afternoon as Palace were beaten 2-1 by the visiting Everton.

Despite the disappointment of that loss to Carlo Ancelotti’s high-flying side, Kouyaté believes Eze is well equipped physically and psychologically to flourish in the English top-flight if given the time to adapt at Selhurst Park.

“This kid is so special. Now we need to give him a little bit of time,” Kouyaté told the official website of the Eagles.

“The Premier League are going to enjoy him because he has a good mentality, he plays well, and we are happy to have this boy here.”

Eze put pen to paper on a five-year contract with Crystal Palace in August, ending his two-year association with Championship side Queens Park Rangers.

CHECK IT OUT:  Barcelona President Confirms Where De Ligt Will Play Next Season