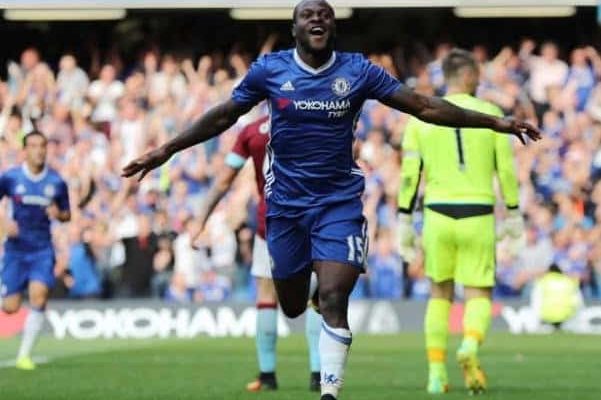 The former Nigeria international returned to the Stamford Bridge after a loan spell at Inter Milan, but it remains unclear where he will play his football this season

Chelsea boss Frank Lampard has revealed that Victor Moses is not part of his plans for this campaign, hinting that he hopes the former Super Eagles winger finds himself a club in need of his services before the summer transfer window slams shut next week.

Moses has had it tough at Chelsea after that glorious period when he was a crucial member of the Antonio Conte squad that romped to the Premier League title in 2017 and FA Cup glory the following year.

But the exit of Conte marked the end of the good times with the Blues for the 29-year-old who was considered surplus to requirement by fellow Italian manager Mauricio Sarri.

Moses has not fared any better under Lampard, either. The English manager allowed the Nigerian to join Fenerbahce at the start of last season and gave his nod when the former Wigan ace switched to Inter Milan in January to reunite with Conte.

The former Super Eagles star helped the Serie A side reached the final of the Europa League and returned to West London this month at the expiration of his loan deal.

It has not been the best of a homecoming for Moses as he is yet to make a matchday squad since the start of the campaign.

Ahead of Tuesday’s League Cup fixture against Tottenham Hotspur, Lampard confirmed the 29-year-old is not training with the first-team but hopes his future can be sorted out soon.

“At the moment, Victor (Moses) isn’t in that position with us. We have a bubble at the training ground with the first-team squad, which Victor hasn’t been part of,” Lampard said in a press conference.

“I know Victor well, and we will see how that develops over the next week,” he added.

Moses’ last competitive outing with the Blues dates back to a Europa League game against BATE in October 2018, although he recently featured in a behind-closed-door game for Chelsea earlier this month.