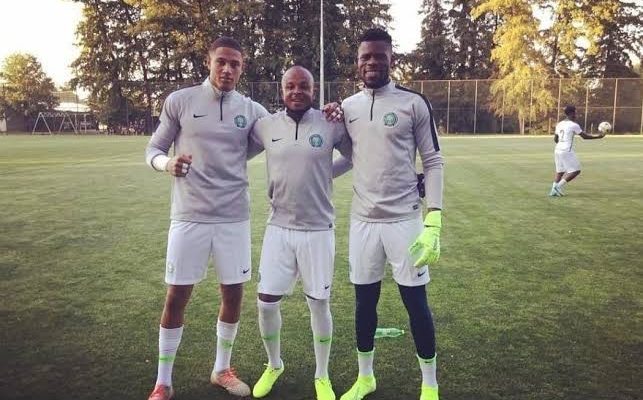 None of the Super Eagles’ three regular goalkeepers made the German tactician’s 25-man squad for the international friendly matches slated for next month, and a trainer in-the-know has offered the reasons behind that decision

Even Okoye, a somewhat familiar face in the senior team, made his debut last year and only played the last 27 minutes of Nigeria’s 1-1 draw against Brazil last October.

The introduction of these three youngsters means there is no room for Akpeyi, Uzoho, and Ezenwa, who took turns to man the post for the Super Eagles at the 2018 FIFA World Cup and the 2019 African Cup of Nations tournament.

Akpeyi, though inspirational for Chiefs in the South African league, missed the last two games of the season due to concussion.

NPFL-based Ezenwa has been inactive since the coronavirus-induced lockdown. At the same time, Uzoho continues his rehabilitation from a lengthy injury layoff in Cyprus.

All these factors were considered when the national team handlers were drawing the list of invitees for the October friendlies, says Agu.

“In Europe, there have been competitions and games going on, while the NPFL is yet to commence due to coronavirus,” Agu told The PUNCH.

CHECK IT OUT:  Transfers: Three French Clubs Set To Slug It Out For Super Eagles Star

“Definitely, he is still part of the team.
“Alampasu and Yakubu have been active for their respective teams, and that earned them places in the team.”

The Super Eagles have struggled to find a substantive number one goalkeeper since Carl Ikeme, and Vincent Enyeama exited the national team.