Iran Unveils New Ballistic Missile That Could Destroy US Bases In The Gulf (Pix) - NaijaCover.Com
Skip to content 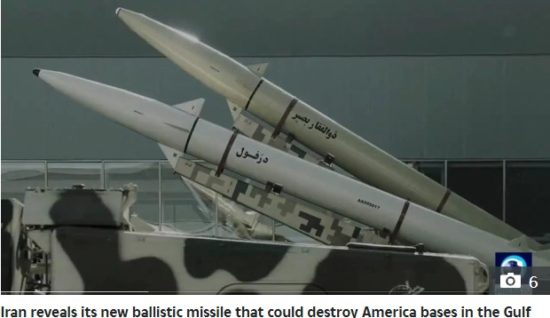 IRAN has unveiled its latest naval ballistic missile which doubles its military strike range and is capable of destroying US bases in the Gulf.

According to the report, the weapon can travel 434 miles – which more than doubles the country’s current missile range.

The US, which has accused Iran of exporting terrorism across the Middle East, has a number of military bases in the region including in Saudi Arabia, Bahrain, Oman, Iraq, Kuwait and the UAE.

And because the Persian Gulf is up to 210 miles wide, the new Iranian rocket could destroy targets from anywhere in the area.

He said: “The war underway today is one of willpower.

“The Iranian nation continues down this path with conviction by clearly recognising its way forward.”

He said Iran was fully prepared for war with the Unites States adding Tehran had used the sanctions as “an opportunity for expeditious advancement in the defensive areas.”

The second generation of the surface-to-surface Zolfaqar-e Basir was used to attack US troops at Ain al-Assad air base in Iraq, it has been reported.

That assault was retaliation for the killing of Major General Qassem Soleimani in a drone strike ordered by Trump outside Baghdad airport.

The assassination of Soleimani in January drastically ramped up tensions between the US and Iran and led to Tehran pulling out the Obama-era nuclear deal it had signed with western powers. 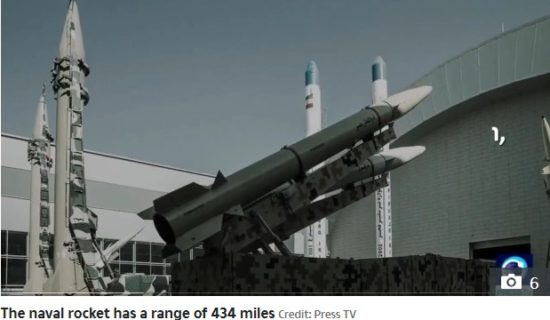 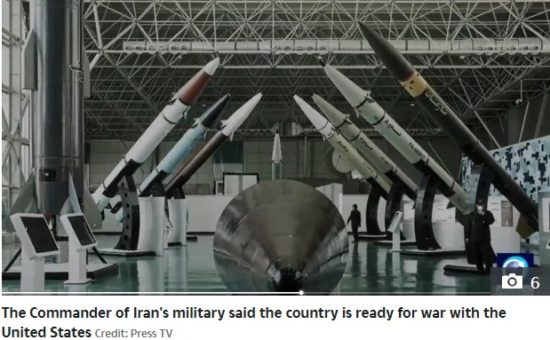 The post Iran Unveils New Ballistic Missile That Could Destroy US Bases In The Gulf (Pix) appeared first on .