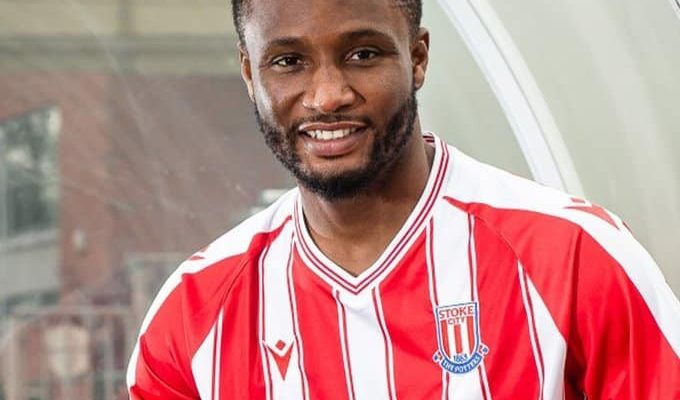 There were actions across different European competitions last night, and a couple of Nigerian stars featured former their clubs.

In the Carabao Cup, it was a good night for former Super Eagles captain, John Mikel Obi, helping his Stoke City side secure a place in the last eight with a 1-0 victory over Aston Villa at Villa Park.

Mikel was on for the entire duration of the encounter with Sam Vokes 26th minute strike enough to seal the win for Michael O’neil side.

Meanwhile, it was a disappointing night for Ola Aina and Ademola Lookman, who both made their Fulham debut, in the 3-0 loss to Brentford.

Aina joined Scott Parker’s side on a season-long loan deal from Torino, while Lookman joined on loan from RB Leipzig and they were handed their first appearance on Thursday night.

While Aina started the game, playing for 69 minutes, Lookman was a second-half substitute.  But it was Brentford who sealed passage to the quarterfinals as Fulham woes continued.

Marcus Forss put Brentford ahead in the 37th minute before a second-half brace from Said Benrahma secured a comfortable win for Thomas Frank’s men.

In the Europa League, it was also a night of mixed fortunes for Nigerian stars in action. Both Leon Balogun and Oghenekaro Etebo were unused substitutes as Rangers got the better of Galatasaray to seal their spot in the Europa League group stages.

After a goalless first-half, Scott Arfield put the Gers ahead in the 52nd-minute before James Tavernier doubled the advantage five minutes later.

Marcao Teixeira pulled one back for Galatarasay three minutes from time, but by then, it was too late as Rangers held on to seal a spot in the group stage.

CHECK IT OUT:  “We Will Deal With Any Personnel Involved In Misconduct” – Nigerian Army Authority Vows

Egbo had made history by becoming the first African managerto win a top-flight title in Europe. He continued to break new grounds when he led Tirana to the second qualifying round of the UEFA Champions League.

Following their exit from the Champions League, Tirana dropped into the Europa League with the hope of reaching the group stages.  But their European journey finally came to an end last night as Young Boys secured a 3-0 victory.