Davido Says He Wanted To Do A Joint Album With Wizkid - NaijaCover.Com
Skip to content 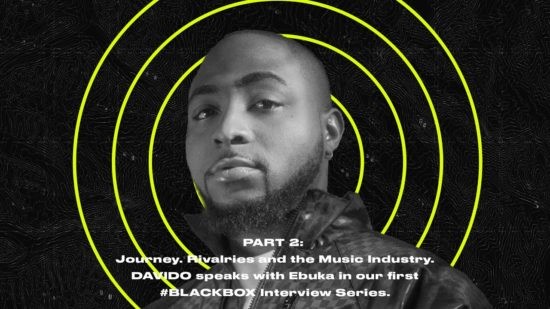 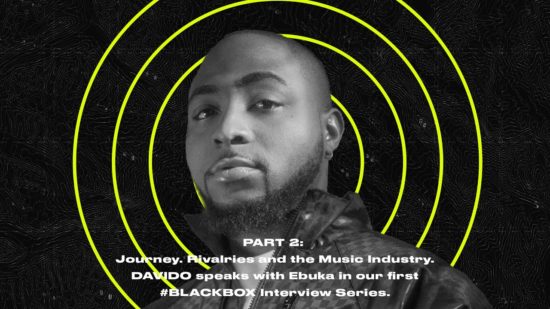 Davido revealed that he wanted to do a collaborative album and tour with Wizkid as he revisited – in an interview – the beef between both Nigerian superstars.

During the second part of Black Box Interview with Ebuka Obi-Uchendu, Davido talked about his relationship with Wizkid and their infamous rivalry and as well as a joint album and tour project which never materialised.

The interview powered by BounceRadioLive which aired on video streaming platform, YouTube, saw the singer telling his story like never before and giving brutally honest revelations about his rivalry with Wizkid.

Davido started off by narrating how his dad had been hell-bent on seeing him get an education as it was a promise he made to his wife before she passed.

However, Davido said he made up his mind to pursue the career after returning from Atlanta and seeing what the music scene was like back home in Nigeria.

As he has said in previous interviews, Davido said he was indeed motivated by Wizkid and had a conviction that he could also make it in the industry.

Davido said his first encounter with Wizkid was when the singer got invited to his billionaire father’s yearly Christmas party. According to the Damiduro crooner, he joined his family members in gushing over the singer who was the rave of the moment at the time.

Fielding a question about when the rivalry started, Davido said it had a lot to do with when he started music and people started pitting them against each other.

CHECK IT OUT:  SHOCKING: Polytechnic Burns Phones Seized From Students During Exams

The singer also submitted that he loves Wizkid and he knows the singer feels the same way about him. He, however, added that listening to fans also has a way of straining the relationship between both of them.

Speaking on his relationship with Burna, the singer said it is also a situation of fans pitting them against each other.

Davido described Burna Boy as his brother adding that he is one of the happiest people on earth about his success.

However, the singer said it appeared things got rough between them some months ago after he posted a picture showing himself and Wizkid as the two greatest artists in Nigeria.

According to Davido, his latest single Fem is not entirely about Burna Boy but he meant the part where he asked the Grammy-nominated artist to call him and come party.

The music star also told Ebuka that is clear that both Wizkd and Burna Boy are the ones fighting with him even if he has nothing against them.

Watch the full clip below:

The post Davido Says He Wanted To Do A Joint Album With Wizkid appeared first on .