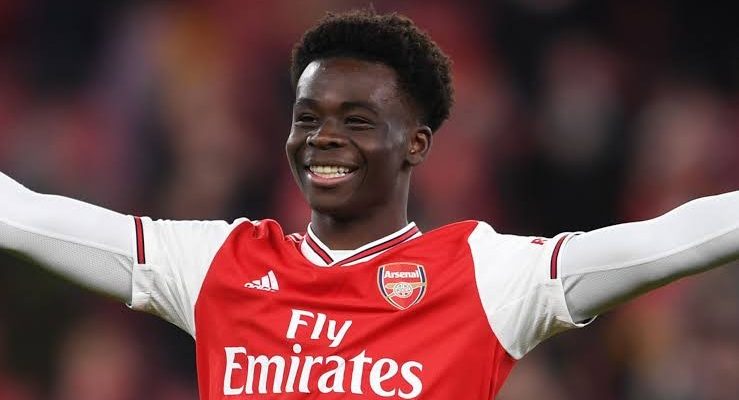 Former Nigeria international Patrick Pascal has advised Bukayo Saka to reflect deeply on his decision before choosing the 1966 World champions over the three-time African champions.

Saka is set to commit his international future to England after the young Arsenal wing-back earned his first invitation to the senior national team ahead of Europa Nations League matches against Belgium and Denmark later in October.

Top Nigerian football administrators had been courting the versatile teenager who was born in England to Nigerian parents.

But with Saka opting to represent the European nation, Pascal believes Nigeria has enough attacking options to cope well without the Gunners lad.

“We have players that are doing well in that position, the like of Moses Simon and Samuel Kalu are good players can play in that position,” the Atlanta ’96 Olympics gold medalist told Brila FM.

“Chukwueze is also doing very well at the moment, and I can tell you that he will start games every week at Arsenal because he has good records as well.”

Quite a few players – John Fashanu, Gabriel Agbonlahor, Ugo Ehiogu, among others – chose England over Nigeria in the past only to never feature for the Three Lions at a major tournament despite their undeniable quality.

And retired Super Eagles star Pascal has advised Saka to dwell a bit on his decision so as not to suffer a similar fate.

CHECK IT OUT:  Do You Agree? The Prison Is The Safest Place For Nnamdi Kanu – Justice Nyako

“He is young, he has time on his side, so I will advise him to think about it carefully and learn from others that were used and dumped,” he added.

“It’s not about the invitation alone, he should know that playing at major tournaments is important too,” the Bauchi FA chairman concluded.