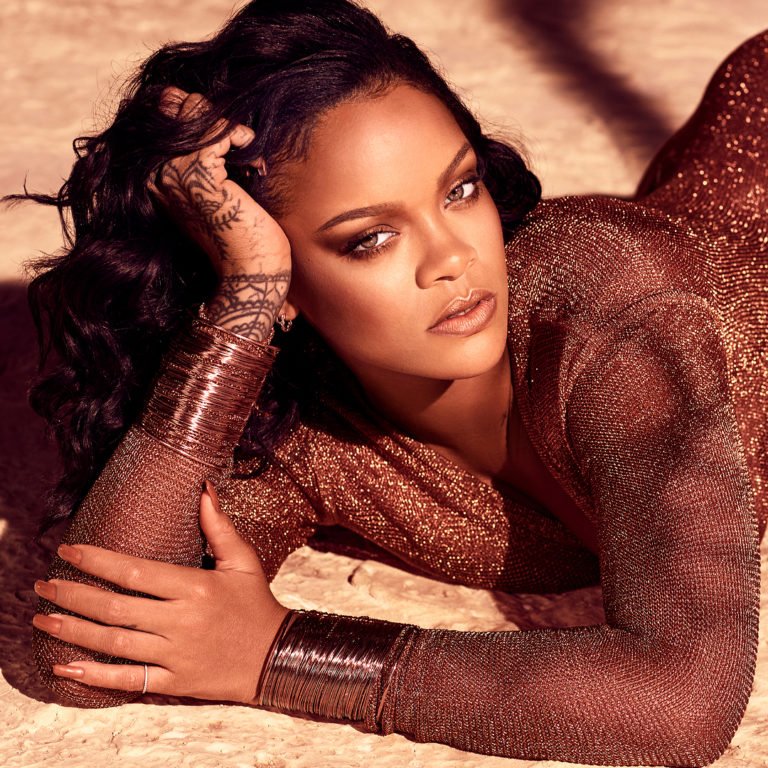 Rihanna is under fire from the Muslim community as they accuse her of disrespecting the values of Islam during her recent Savage X Fenty fashion show.

The singer is being called out due to a song that was used during her fashion show which premiered on Friday, October 2, on Amazon Prime Video. 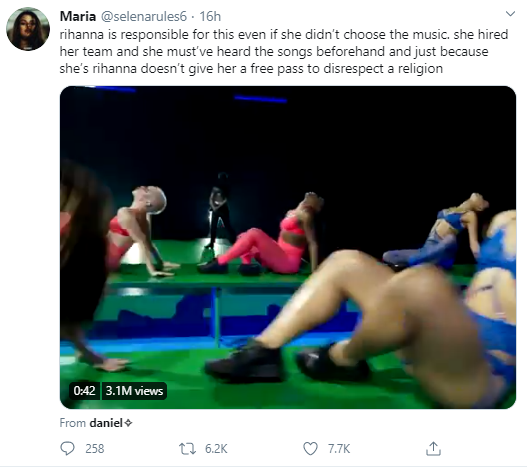 The song at the centre of this controversy is called “Doom”. The song reportedly samples vocals of a Hadith being read in Arabic and it was played at Rihanna’s fashion show as models scantily-clad in lingerie sashayed.

The Hadith is believed to be a record of the words, actions, and the silent approval of the Islamic prophet Muhammad. Hadith have been called “the backbone” of Islamic civilization, and in Islam, the authority of hadith as a source for religious law and moral guidance ranks second only to that of the Quran.

This action did not go down well with some Muslims and they have taken to social media to slam Rihanna.

One Twitter user wrote: “Rihanna is responsible for this even if she didn’t choose the music. she hired her team and she must’ve heard the songs beforehand and just because she’s rihanna doesn’t give her a free pass to disrespect a religion.”

Another said: “I can’t let Rihanna have a pass w appropriating Islam like for her first show the models wore a scarf around their heads and it looked like HIJAB and her second show she used a track that remixed a HADITH….why is no one talking about this, my religion is not y’all’s aesthetic… like I LOVE IT when y’all appreciate islam and use Arabic words but I am not okay with it being appropriated and belittled for things like this.”

Another user wrote: “Rihanna is messed up for using a song with a Hadith in it to play at her LINGERIE show. What is up with artists using Islam as an aesthetic?? Have some respect.”

Below is the video and also more Twitter reactions from Muslims.

rihanna is responsible for this even if she didn’t choose the music. she hired her team and she must’ve heard the songs beforehand and just because she’s rihanna doesn’t give her a free pass to disrespect a religion pic.twitter.com/V2oZErQhOg 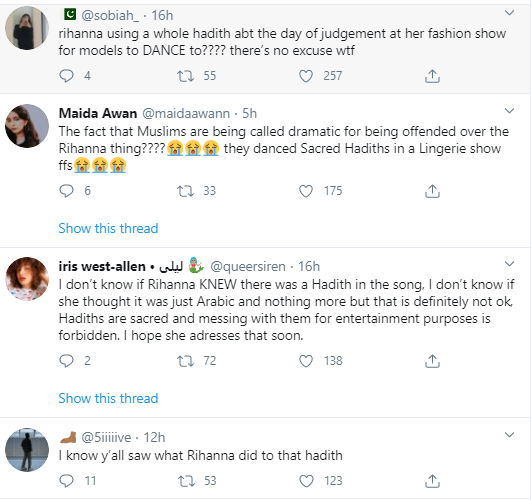