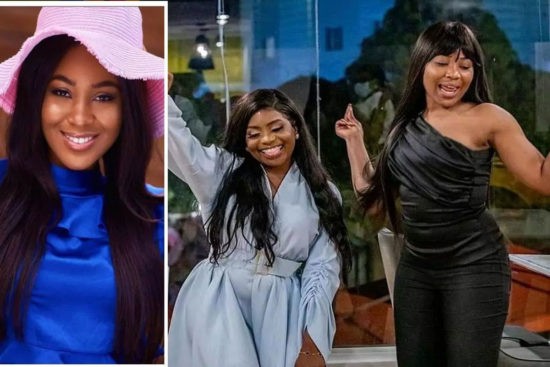 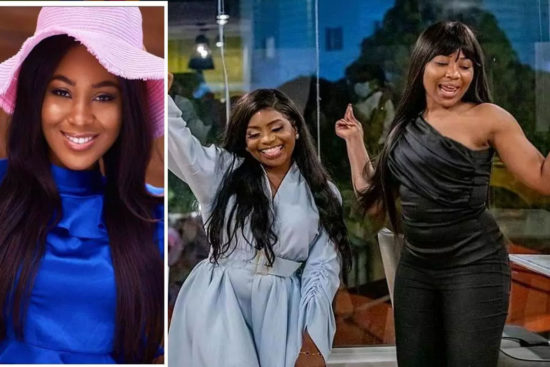 A Nigerian lady has made an insightful revelation about former Big Brother Naija housemate, Erica Nlewedim after a photo of her and the daughter of Nigeria’s president, Kiki Osinbanjo, popped up.

Kiki, who announced how a fan she is of Erica in the BBNaija house caught up with her and they had very lovely moments together.

Reacting to the photo which was shared by Legit.ng on Facebook, a Facebook user identified as Jennifer Iriogbe Jesuoboh revealed that she has spotted some signs of pregnancy in Erica and asked who else might have observed that.

“pregnancy signs all over Erica… Who noticed it? she wrote. 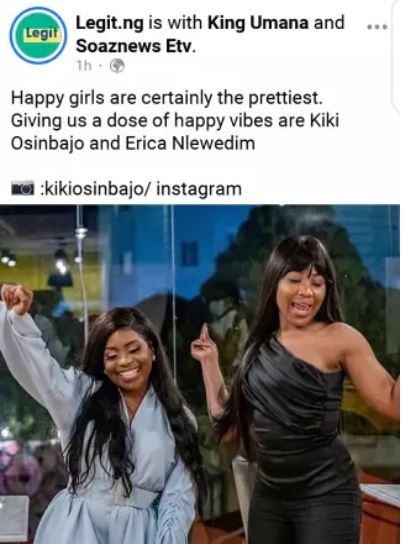 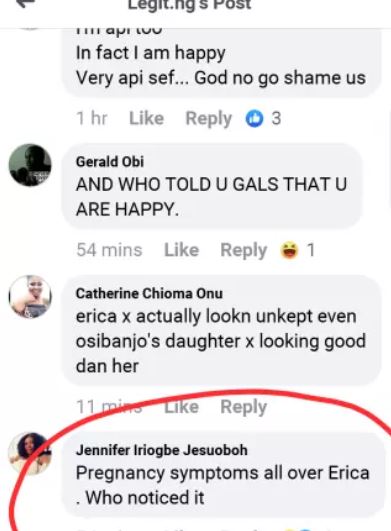 CHECK IT OUT:  Father Arrested And Docked Over Alleged Cruelty To His Baby