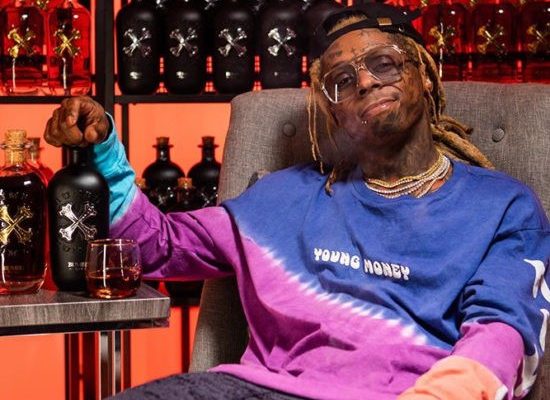 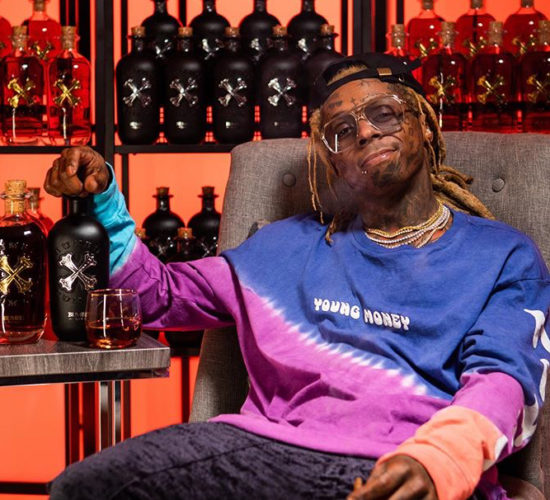 Davido has announced earlier this year that his 3rd studio album ‘A Better Time’ will feature US. Hip Hop star, Nicki Minaj on it.

Just a few hours ago, world Hip Hop icon, Lil Wayne has reechoed the announcement made by the ‘If’ hitmaker about releasing a song that features Nicki Minaj and the song title is ‘Holy Ground’.

“@davido confirms with @wmag that #MarthaZolanski aka @nickiminaj will be featured on a new single #holyground”. 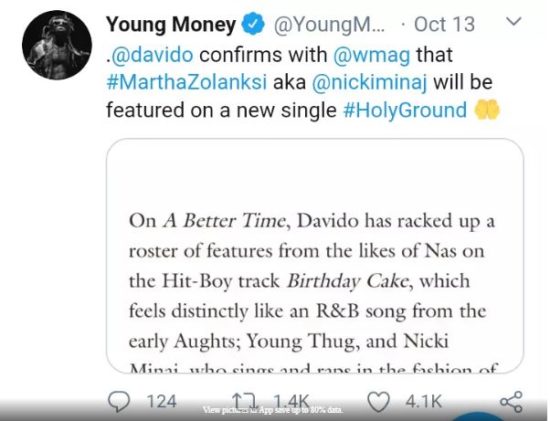 CHECK IT OUT:  AWWWN!! Elozonam Pens Sweet Note To His Mom As She Clocks 60